Every two seconds, someone in the world is having a stroke. In the UK alone, there are about 1.2 million survivors of stroke, who have lived through part of their brain losing, if only temporarily, it’s blood supply. Halting oxygen from getting to brain cells can damage and kill them, causing the loss of brain function. How a person is affected by their stroke depends on where the stroke occurs in the brain and how much the brain is damaged. Some patients recover completely, but more than two thirds of survivors will have some type of permanent disability.

Two types of stroke exist. Ischemic stroke is caused by a blood clot whereas haemorrhagic stroke is when a brain aneurysm bursts or a weakened blood vessel leaks. The latter is less common, accounting for 15% of all strokes, but is more dangerous as it is responsible for about 40% of stroke deaths.

Despite almost 6% of all global deaths being caused by bleeding in the brain, specific drugs for the condition don’t exist yet. It is possible to lower blood pressure to reduce damage or to intervene surgically, but no targeted drug has seen the light of day. One reason is that we don’t fully understand what is going on in the brain after a bleed. We don’t know how cells respond to blood in the brain.

Dr Paul Kasher from Manchester University is trying to understand the immediate pathological responses to stroke in the brain and is screening for potential drugs to treat these responses by using zebrafish larvae to model what happens in a human.

“Zebrafish larvae are transparent, and we have lots of varieties that express different coloured fluorescent proteins in different cell and tissue types. This allows us to use microscopes to watch and record the cellular response immediately in real time after a bleed in the brain. We can do experiments in zebrafish larvae that we can’t do in the other most commonly used species to study stroke – rodents, not least because they are not transparent. While work with mice have enhanced our understanding of the basic biology of stroke this work has been less relevant to finding treatments for humans.”

Haemorrhagic stroke is predominantly a disease of old age and people may argue that using a young fish isn’t the best model for this disease, however

“What we’ve shown that even though it is a young fish, the same cellular phenotypes are observed in the human brain after a bleed, which is quite remarkable. Not only is there an evolutionary conservation of this pathogenic response between fish and humans but it seems that the response to blood in the brain is comparable in a developing brain and an adult brain.”

He hopes that in a few years’ time fish will have been definitely incorporated into the pipeline for preclinical haemorrhagic stroke research.

“While cell culture experiments complement the animal work I think this zebrafish system can help bridge a gap towards enhancing our understanding in stroke and one day identifying new treatments.”

Historically, zebrafish were first used to understand basic developmental biology and genetics. A few research group were already studying zebrafish in the context of haemorrhagic stroke but mostly to study the blood vessels in the brain and identify molecules that can inhibit bleeding. However this work has limits in its usefulness.

“Brain haemorrhage occurs quickly and it is difficult to predict who is going to going to be affected, so you can’t treat them on the spot, while the bleed is happening,” explains Dr Kasher. “We use the zebra fish varieties created by other research groups to model stroke bleeding , but in a different way. We’ve characterised part of the cellular response post-bleed and we are now trying to find drugs which can reduce brain damage after a bleed, which we think is more relevant.”

Dr Kasher and his team’s work hasn’t yet been directly applied to a human treatment but they have started screening a library of pre-existing (and presumably safe) drugs using the zebrafish. They are hoping to find a drug that can reduce cell death and brain damage following a bleed in the fish brain, that could one day be incorporated into a clinical trial. At least 50% of the drugs being tested are already being used in humans for other purposes,

“so we could almost certainly repurpose these drugs, skip safety clinical trials and go straight to phase 2 trials. But in terms of a timeline, you’d be looking at 10 to 20 years before the drug could be prescribed to patients,” Dr Kasher concluded.

See the zebrafish and hear Dr Paul Kasher talk about his work in this Manchester University online tour: https://www.manchester.ac.uk/medialibrary/animal-unit-virtual-tour/01/#node2 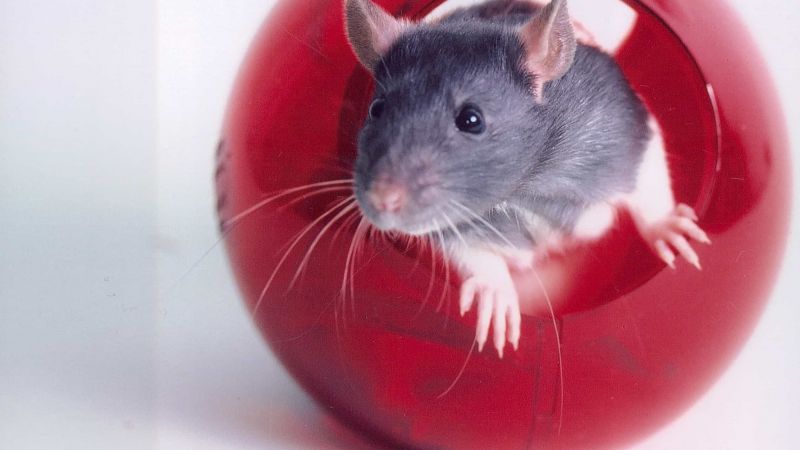 10 years of rat research – how stroke studies have evolved