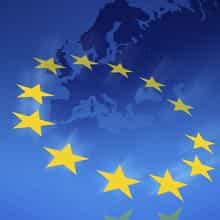 The UK has now left the European Union and had already transposed this Directive into domestic law in 2012. References tying UK law to this Directive were removed in 2019.

In November 2008, it was decided that the European Directive concerning the use of animals in research should be revised, marking the start of a process that would take nearly two years to complete.

The final text of the Directive was finalised and signed on 22nd September 2010. It was formally published in the Official Journal of the European Union on the 20th October 2010 and was given its final name: 2010/63/EU. The directive then entered into force on the 9th November 2010, which put the deadline for Member States to transpose it into their own words at 10th November 2012.

The Directive came into force across the EU on January 1st 2013.

Linked below are the UK Bioscience Sector Coalition response to the Home Office consultation on implementation of the Directive in the UK (September 2011) and a list of questions and answers about the Coalition's response (September 2011).

In 1986 the European Council of Ministers adopted Directive 86/609/EEC on 'the protection of animals used for experimental and other scientific purposes’. The Directive sought to improve the controls on the use of laboratory animals, set minimum standards for housing and for the training of those handling animals and supervising the experiments. The Directive also aimed to reduce the numbers of animals used for experiments by requiring that an animal experiment should not be performed when an alternative method exists, and by encouraging the development and validation of alternative methods to replace animal methods.

This legislation is largely a framework, and laws governing animal experiments in the UK, for example, were very much stricter. A few years ago, it became clear that officials within the European Commission wished to revise the Directive to promote improvements in the welfare of laboratory animals and to further encourage the development of alternative methods.

Since 1986 important progress has been made in science and new techniques have become available, such as use of transgenic animals, xenotransplantation, and cloning. According to the Commission, these require specific attention, which the old Directive does not provide. The process of revising the Directive went on for several years, and draft legislation was only available to the European Parliament and the public at the end of 2008.