On Sunday, it is International Women’s day, an opportunity to remember and claim loud and clear that women need equal rights to men. But there is often a female injustice that goes unseen. These females are small and furry but their impact is tremendous. We often forget about those little beings that help us fight for equal female health rights. The female presence in labs is completely underrepresented, and I’m not talking about the humans here, but mice – the animal models used to discover and test new medicines are almost entirely male.

Does it matter? Well when you also consider that most human trials are also done on (young) men, any possibility of detecting female / male differing responses to a new drug are ruled out.

In labs, using male mice models is often a default move. Male models are considered ‘easier’ and more uniform. Among 1200 neuroscience papers from 2011 and 2012, only 42% reported the sex of the animals used, and when it was reported only 24% were female. This is not only a trend; it is a complete refusal to study the female sex. But, you understand, female mice have these hormones that cycle every four to five days and this could create problematic variations in the data. And honestly who wants to control for those hormonal changes with vagina swabs, the humans don’t like it and the mice even less.

Ironically, for most applications, female mice tested through their hormonal cycle display no more variation than males do. In fact, there is actually on average a broader spectrum of variation in males for several different traits and behaviour, such as appetite and use of an exercise wheel.

Reliance on only male models to study diseases or develop drugs is another form of discrimination to the female – a discrimination on a potentially life threatening level. Males and females don’t have the same bodies in fundamental ways. You don’t need my help to see the exterior differences; I don’t need to convince you either that there are also more subtle internal physiological ones. There are significant differences in the way male and female animals and cells experience disease and react to drugs, partly due to hormonal and genetic intrinsic differences. A recent study shows that hundreds of genes in several tissues are expressed differently in male and female mice.

Having an X instead of a Y chromosome is a major variable; and so is being awash in oestrogens or testosterone. And indeed, neurons from males or females will use different signalling pathways, men and women will react differently to nicotine patches or other drugs, women wake faster from sedation with anaesthetics, recover more slowly and develop more side effect and females are more susceptible to Multiple Sclerosis but develop less severe forms of the disease.

Another good example of differing responses can be seen for Bisphenol A (BPA), an environmental pollutant with hormone like properties, commonly found in plastic from food and beverage packaging. BPA affects the hearts of men and women differently. Females are at greater risk of damage from BPA-linked stress – the female heart is more sensitive to stress-induced ischemic damage.

Researchers using only male mice miss some of these differences. The lack of balance between the sexes in animal and cellular models makes applying the results of research to humans a lot trickier, and is potentially undermining patient care. Parity of the sexes in research to the extent of at least matching the numbers to the real disease population is crucial, as is sex-specific analysis of the results.

In clinical studies, females are also vastly under-represented. Since 1993, the NIH revitalisation act requires the inclusion of women in NIH funded clinical research. Since then, number show that more women than men have taken part in NIH sponsored phase III trials, but this is mainly attributable to huge single sex studies into breast, cervical or uterine cancer. So unfortunately, women still remain globally under-represented in biomedical research. A 2004 survey on nine medical journals showed that only 37% of the participants were women (in drug trials it was only 24%) and only 13% of the studies analysed the data by sex. And I’m not even going to start on data for pregnant women. Clinical trials routinely exclude expectant mothers, even though pregnant women get sick and sick women get pregnant, because of ethical considerations to the unborn.

When results are not verified in women this causes potential danger. For example, the bodies of men and women don’t react to aspirin in the same way, but the doses have been decided on a male standard. This could be the reason why women are 1.5 times more likely to develop an adverse reaction to prescriptions than men. Despite that, drugs are rarely prescribed with sex-linked reactions in mind. A 2005 study of 300 new drugs from 1995 to 2000 found that even those drugs that showed substantial differences in how they were absorbed, metabolized and excreted by men and women had no sex-specific dosage recommendations on their labels.

Differences can be particularly acute in cardiovascular diseases (CAD): females at an early stage of heart disease can experience fatigue, abdominal discomfort, and back, jaw and neck pain, all of which according to standards extracted from studies on men are considered atypical – and as a result diagnosis can be delayed and patients are put in danger. To add to that, some of the tests used for diagnosis such as exercise electrocardiography, are enable to detect CAD with the same sensitivity in women as in men, because the calibrations were first set and tested for men.

This situation is likely to continue until sex bias in clinical research is properly addressed. Until then, females will be forced to make do with therapies that may be of limited benefit to them.

If that wasn’t enough to convince you that more females are needed in the lab, a recent study shows that the male mice used in labs are afraid of men but not women. Male mice are stressed by the presence of male researchers because they see them as competition. This male-stress effect can be countered if a woman is present in the room. The results of many studies might be skewed by having male mice interact with male researchers.

There needs to be more female mice, more female clinical subjects, but we would also be better off having equal amount of women researchers in the lab.

Giving equal rights to men and women doesn’t only mean equal health but equal understanding of their body and equal health care. And right now that is not the case. However, efforts are going in that direction as the NIH has recently implemented regulations urging scientists to use more female subjects in their studies. Since October 2014, grant applicants are required to describe their plans to balance the sex of animals and cells used and must do so unless their research qualifies for one of the ‘rigorously defined exceptions’. In demanding greater equality, the NIH hopes to ensure a better outlook for future health and biomedical studies. 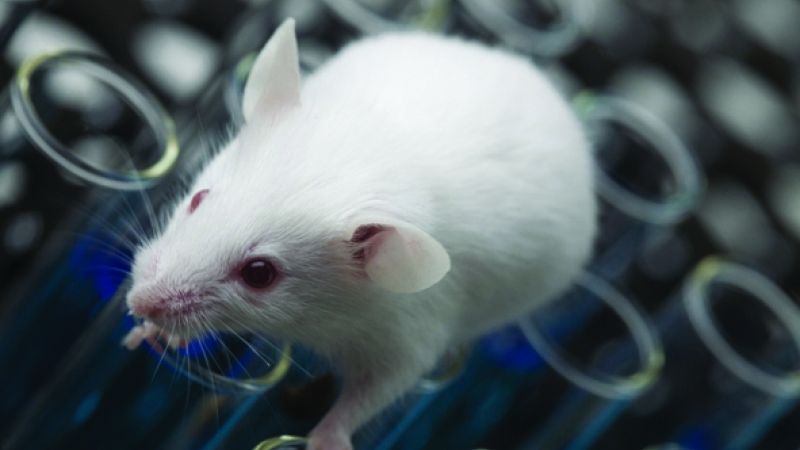 Why we need female mice in drug trials

Using mainly male mice in drug trials can be problem for women health.

Why we need female mice in drug trials