Research with tiny zebrafish larvae is revealing details about the infection process underlying the spread of tuberculosis (TB) that could lead to new treatments for human patients. 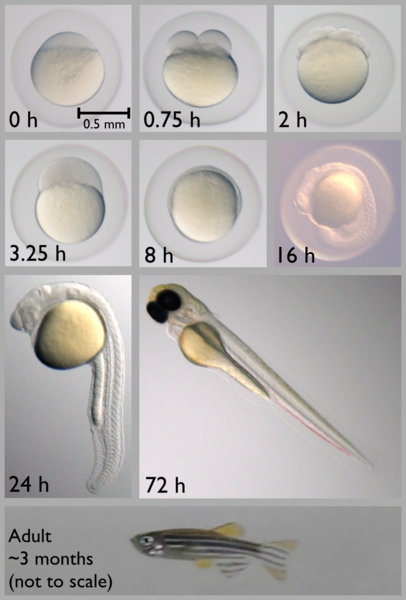 Over the last 15 years, a team led by Dr Ramakrishnan, now at Cambridge University, has been studying the progress of Mycobacterium marinum infection in newly hatched zebrafish rather than use the more traditional animal models for TB such as mice, rabbits, guinea pigs or even monkeys.

“We decided to take a completely unique approach to TB by developing a zebrafish model at a very early stage of development - up to the age of 7 days. In terms of 3Rs - reduce, replace and refine - this model has been extremely good and has provided astonishing amounts of information about this very old disease,” she explains.

“Indeed, this see-through model, helps visualise live in these tiny transparent animals all the different steps of TB going on under the microscope,” she adds. “Then you can engineer these embryonic fish to be more susceptible or more resistant to TB, find out why that is, see which step is different and test for different drugs.”

Dr Ramakrishnan’steam exploit the optical transparency and genetic tractability of the zebrafish to monitor the infection process in real time and modulate it using genetically defined host and bacterial mutants.

“Being able to monitor infection live, and manipulate it both from the bacterial side and from the host perspective has proved to be incredibly powerful and we’ve made multiple discoveries that were quite surprising in terms of TB pathogenesis as well as fundamental mechanisms of immune cell chemotaxis, adhesion and aggregation and immune regulation. We’ve identified multiple immune bacterial targets as well as host targets that could be used to fight TB. In some cases, we identified drugs and some are about to enter clinical trials in Vietnam and in India.”

The researchers helped identify a genetic mutation in the zebrafish that makes them more susceptible to TB and were able to show that the same mutation make humans more susceptible to tuberculosis meningitis, the most severe form of TB, that causes 20 to 50% mortality even when the patients get antibiotics.

This mutation influences how people react to TB, whether they live or die from it, or respond to a common adjunctive treatment that is used for tuberculosis meningitis.

“This is what  you call pharmacological genomics that leads to personalised therapies. Patients are screened for the mutation and are prescribed treatments accordingly for optimal effectiveness,” explains Professor Ramakrishnan.

Why is TB still a problem?

In the vast majority of cases people go on to develop TB within two years of being infected, with most developing the disease within six months. If left untreated, it kills about half of those affected. The classic symptoms of active TB are a chronic cough with blood-containing sputum, fever, night sweats, and weight loss.

Tuberculosis (TB)has been with humans for many thousands of years. Robert Koch's discovery of the tuberculosis bacillus in 1882 using guinea pigs was a major event in the history of medicine, a turning point in our understanding and conquest of a deadly disease that has plagued mankind for millennia.

Koch was awarded the 1905 Nobel Prize for Physiology and Medicine and could be considered the father of the scientific study of tuberculosis. Early last century, hopes were that TB could be conquered by vaccination with the newly developed M.bovis BCG vaccine, isolated by and named after Calmette and Guerin in France. From the 1950s into the 1970s researchers used animals to develop drugs against the disease, arising with a treatment that consisted of a course of four antibiotics taken in combination.

Despite this effective antibiotic treatment and the BCG vaccine, TB remains a big problem. While the incidence of TB is going down very slowly, the actual numbers of TB patients is staying steady or even increasing.

Last year, 10 million people were infected with the disease and about 1.7 million people died from TB. Some TB strains have become drug resistant and antibiotics have to be taken for six months to be reliably clear the disease. This length of therapy is a big problem, particularly given the conditions in many countries in which TB is most prevalent.

The Bacille Calmette-Guérin (BCG) vaccine is still the only vaccine available today. And although it has been used for more than 90 years its efficacy remains controversial. No international BCG vaccination policy exists: some countries merely recommending its use, others have immunisation programs that include BCG as a matter of course.

“The BCG vaccine, renders some protection, particularly against childhood forms of TB but doesn’t seem to do very much against adult TB particularly in regions where TB is prevalent which is probably why we still have TB. If we have a reliable vaccine, then the disease usually goes away like smallpox, polio etc.” explains Professor Ramakrishnan.

TB is a complex disease. The bacteria are inhaled, travel through the lungs and get ingested by macrophages, part of the primary immune defence. The bacteria live, replicate and exploit these cells to multiply and spread in the body and eventually form structures called tubicules.

“There are many steps that involve many interactions with host cells and many cellular and bacterial functions. And these steps are not easy to model without animals. We can’t learn about TB without being able to both evaluate and manipulate these various steps in animal models to know what is happening. As a result, researchers have developed a number of different animal models,” explains Dr Ramakrishnan.

There are two ways to think about fighting resistant tuberculosis. The first is to find new drugs that the bacteria is not resistant to and there are many such drugs in the pipeline that are being trialled and used.

The second is the approach in Dr Ramakrishnan’s lab where they chose to identify pathways in the host that the bacterium needs in order to cause disease. For example, they discovered that the bacteria needs to have cells that are replete in calcium. The researchers showed that if they used calcium channel blockers under particular genetic circumstances, the cells would no longer be overloaded with calcium and the bacteria do not do as well.

“So now this is a case where you are modifying the host so that it is more resistant to TB. Targeting host pathways bypasses completely bacteria resistance to antibiotics,” explains Dr Ramakrishnan.

"TB has been one of the most intractable of human diseases. It will require a fundamental understanding of how it continues to plague us for it to go the way of polio or smallpox and become a disease of the past.

This fundamental understanding might just come from this work with zebrafish. 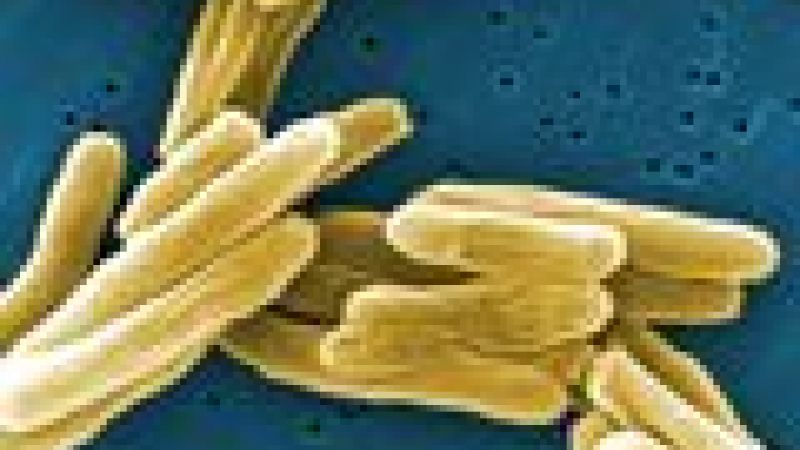 Mice infected with a genetically modified relative of the tuberculosis bacterium became immune to tuberculosis, a new study has shown.