Number of procedures on animals for research in 2016 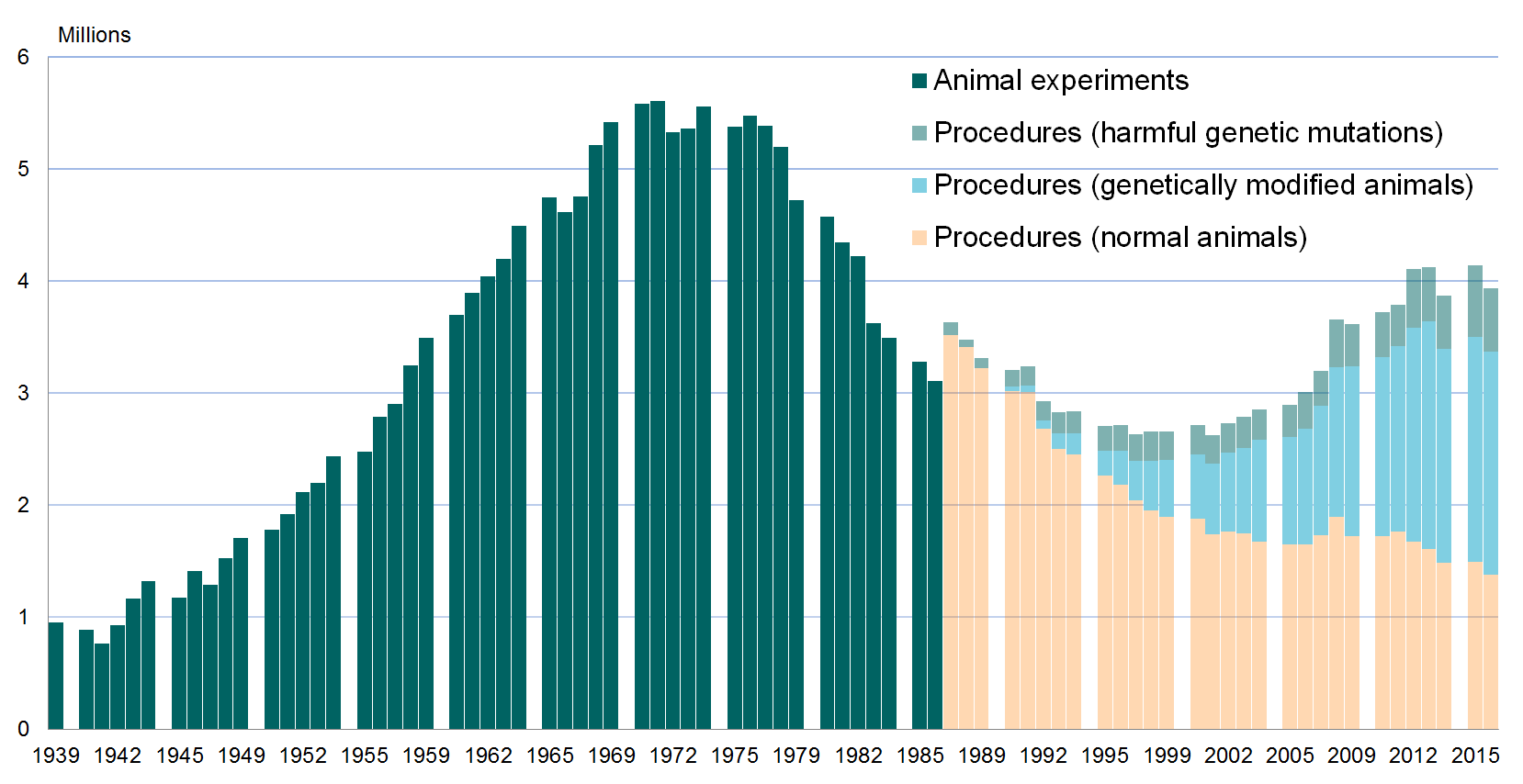 The number of procedures conducted on animals for medical, veterinary, scientific and environmental research in Great Britain was 3,936,723 in 2016. This is a decline of 5% when compared to the 2015 numbers.

There are many drivers for rises or falls in the number of procedures. For instance, if a university opens up a new facility breeding genetically manipulated (GM) mice, their numbers might be seen to go sharply upwards due to the large number of that species needed to conduct research. Similarly, some of the institutions with the highest numbers are those which only use fish with some of the lowest being those which use primates. Generally speaking, a rise in numbers can be attributed either to investment in UK bioscience rather than other countries or the development of new avenues of research. In recent years, for instance, the breeding of GM animals (mainly mice) which undergo no further procedures has increased to around half (48.6%) of experiments, masking a decline in other sorts of research. 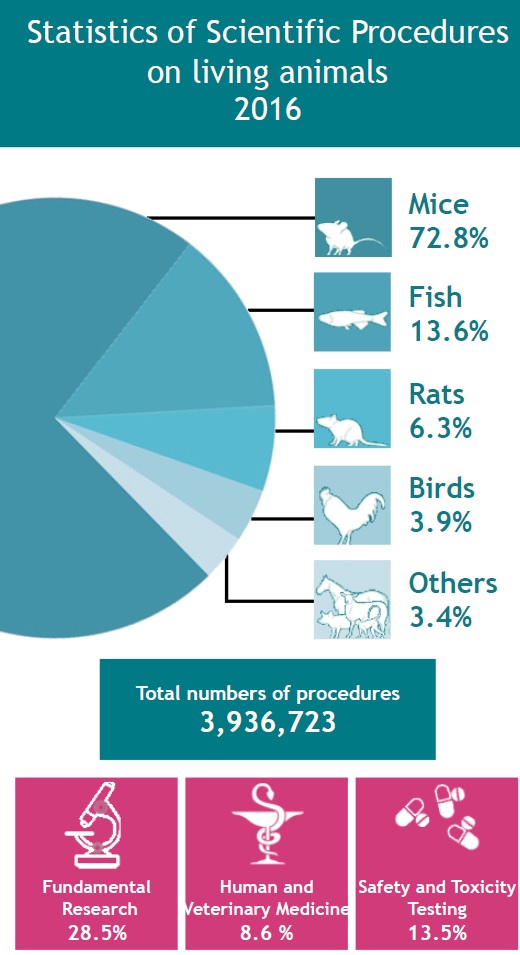 Universities and medical schools are the greatest users of research animals, conducting 49.2% of the total number of procedures. Commercial organisations are next, with 25.3%. Government departments, public bodies, NHS hospitals and public health labs conduct around 12.3% with the remaining 13.2% conducted by non-profits like charities.

Which species are most used?

Rises and falls by species

These ‘special protections’ are that scientists must demonstrate why another species cannot be used instead.

As well as estimating the suffering likely to be encountered in experiments in order to get a licence, researchers also record the suffering that is actually experienced. Procedures in both cases are organised into five categories: mild, moderate, severe, non-recovery or beneath the threshold for suffering. A mild procedure may be something like a blood draw, a medium procedure might be something which requires recovery like minor surgery, a severe procedure might be something which causes severe physical or mental suffering like a forced swim and non-recovery procedures are those where the animal is put  under general anaesthetic and never woken up.

The actual suffering in each category in 2016 was:

What is the purpose of this research?

Can I learn more?

Yes, every experiment is published on the Home Office website in plain English. https://www.gov.uk/government/collections/non-technical-summaries-granted-in-2016

The statistics released today are available on their own page https://www.gov.uk/government/statistics/statistics-of-scientific-procedures-on-living-animals-great-britain-2016

The regulation of animal experiments has its own page https://www.gov.uk/guidance/research-and-testing-using-animals

Understanding Animal Research has a wealth of information on the specifics and context of experiments.