We all want to reduce the numbers of animals used in toxicity testing – do we really need to test all our new drugs in two different species?

No-one wants to conduct toxicity tests using animals in pre-clinical trials, and it is only done when strictly necessary. Additionally, companies have a legal, social (and financial) responsibility to limit the numbers of animals used in tests to a minimum. While the safety of human volunteers in clinical trials is paramount, if it were possible to use fewer animals it would surely be in everyone’s interest to do so? Already, companies work within the 3Rs framework, doing all they can to use fewer animals in each study, and to finish studies before they cause suffering to the animals whenever possible.

Five years ago, major players from the European pharmaceutical industry were discussing, across networks and meetings, whether it was still necessary to use two species of mammals in toxicity testing for new medicines. There was a clear need for the issue to be considered in detail, and soon a new project to review this topic was initiated within the UK, led by the National Centre for the Replacement, Refinement and Reduction of Animals in Research (the NC3Rs).

It is required by law that all new drugs are tested in a rodent (usually mice or rats) and a larger non-rodent mammal (usually a dog, pig or monkey) before they are given to people. This is done because adverse effects in either species often hint at similar reactions in humans, and if a dose is toxic in both rodent and non-rodent species then it is likely also be adverse in humans.

These tests do not try to identify all side-effects or consider the very specific effects that drugs will have in particular people, but they can, for example, tell researchers whether the drug causes heart defects or builds-up in the liver over time. This information can translate to humans well enough for a decision to be made on whether to consider human trials. The use of two very different species has historically made it more likely that problems would be spotted, helping researchers to make decisions about whether to proceed to human testing, and the design of clinical trials.

This approach has proven to be a cornerstone of a very effective regulatory regime, with no deaths and only one serious incident in over 40 years of UK clinical trials despite hundreds of thousands of human participants volunteering annually. However, more recently companies have started using computer modelling and laboratory screening that does not involve animals. This ‘mechanistic toxicology’ helps researchers to understand underlying toxic effects of different types of compounds and predict potential effects in humans more accurately. Slowly but surely a bank of knowledge about how different chemical structures affect the body is being developed, and the more studies that are done, the better scientists can predict how a related substance will behave, without using animals.

So, do we always need to test new medicines in two species? Although this is the current regulatory requirement, could companies carry out safety testing in a single species, gathering additional data through other, non-animal, methods? To answer this question, an international expert working group was convened by the NC3Rs and the Association of British Pharmaceutical Industry (ABPI), comprising 37 organisations from regulatory agencies, industry and academia. This group analysed the data for 172 different unmarketed drugs at various stages of their preclinical development and published their findings last month. Their report has been long-awaited by a sector, mindful of the need to protect human safety and respect regulatory guidelines, but that would prefer to avoid animal tests wherever possible.

The starting point of the expert working group

There is some precedent for single species toxicity testing already. Some very specific studies to profile cancer drugs (genotoxic drugs targeting rapidly dividing cells) take this approach to speed-up testing, making new drugs quickly available to seriously ill patients who have few alternative treatments. Similarly, for some newer ‘biological’ drugs, the regulatory requirements are slightly different and toxicity studies may only be one performed in one species if the drug is highly specific and no other relevant species are identified. These tests are usually conducted in monkeys, however, if a particular biologic is known to also have activity in rats or mice, researchers would be expected to test in them as well.

Toxicity testing in two species is a legal requirement for almost all other types of medicines and is designed to protect healthy volunteers who take part in clinical trials, as well as patients who will eventually take the medicine. In the past, case-by-case approaches have been permitted in very limited circumstances, based on the therapy area and the scientific rationale for not carrying out animal tests. For example, there are a few cases where immunotherapies for cancer have been given to extremely ill patients without testing in animals beforehand, because no suitable species were identified and any potential risk to the patients was greatly outweighed by their need.

The working group reviewed existing safety data from compounds tested in two species, to see whether it would have been possible to gain the same level of safety information using a single species. The group included representatives from global pharmaceutical companies, contract research organisations, academic institutions and government regulators, all toxicologists with expertise in running or reviewing these studies. They took reasonable steps to ensure that the compounds were not cherry-picked and made decisions about the data without knowing which compound was which (blinded).

The group reported that their study was a fair representation of the range of drugs tested within current industry portfolios. Two thirds of the compounds submitted to the project were still actively being developed at the time, while one third had been stopped during development. Of these, the vast majority had been rejected from continuing to clinical trials following the toxicity studies in animals. This is unsurprising, as the aim of toxicity tests is to screen out potentially harmful compounds before they are given to people. To some extent, it shows that the testing process is working well.

Of the 172 compounds analysed, 39 were tested in only one species – a monkey was used in 34 of these (mostly biologicals). The remaining 133 compounds were tested in two species:  a rodent or rabbit and a non-rodent such as a dog or monkey.  Rats were the most commonly used rodents (115 substances), while dogs (68) and monkeys (55) were the most commonly used non-rodents.

In 66% of cases (81/125) where two species had been used in tests, the submitting company felt they could have made relevant decisions about safety using only a single species. However, it can be difficult to predict up-front which species would lead to the most useful data, as the rodent species provides the most helpful data in some cases, while the non-rodent species is more useful in others.

An opportunity to reduce second species use

Where two species were used for short-term toxicity studies, the same two species were often also used for longer-term toxicity studies, in most cases revealing no new information about the toxicity of the potential drug. Moving from short-term to long-term studies could therefore be an opportunity for companies to decide whether both species are still needed to give the necessary data.

Taking a single species approach to toxicity testing, without risking human safety, would mean significant changes to regimes for testing new drugs. This approach is already outlined and accepted for biologicals, however within the dataset used by the working group, few of these drugs had reduced to one species for the longer-term studies, possibly because companies prefer a comprehensive set of safety data from two species, or because they are unclear when a single species approach is acceptable.

For all other types of drugs extensive changes to regulations would be needed before the current approach could be changed. In all cases, companies would need clear guidance to support those making decisions, so they can be confident that they will not miss toxic effects. The working group concluded that assessing the need for a second species when moving from short-term into long-term studies would be a valuable approach, but that more data and research is needed to develop guidance before it could be adopted.

More data-sharing, particularly for the high number of drugs that do not progress to clinical trials, may make it easier to identify patterns for when a second species is needed. A larger dataset, including examples where a second species was not needed, would help. It would allow the agencies that govern the licensing of medicines to consider greater flexibility around the use of a second species in future toxicity testing.

The answer to whether we really need two species to test for potential toxic drug effects remains murky. It seems that two species are not always needed, but precisely whether rodent or non-rodent species are most useful, for which types of drugs and under what circumstances, are currently open to (expert) interpretation.

Currently regulators require the use of two species in the vast majority of toxicity tests, and this approach is still valuable. The comparative data from both species allows researchers to be confident that toxic effects will be identified in the pre-clinical stages of testing. For most types of drugs there is not yet enough evidence for researchers or regulators to give a substance tested in only one species to healthy volunteers. However, as experience is gained from single species testing in biologicals and data from alternative methodologies (such as in vitro tests or computer simulations) are collected, it seems likely that single species toxicity testing for the majority of new drugs is not far away.

If the dataset established here continues to grow and the drive to make the change continues, the work of this expert group may have brought that day significantly closer.

The original paper: Prior, H. et al., (2020) Opportunities for use of one species for longer-term toxicology testing during drug development: A cross-industry evaluation, Regulatory Toxicology and Pharmacology, 113, June, 104624

How much effort on alternatives? The answer is a lot

Our attention was drawn this week to a relatively new European initiative called AXLR8, a consortium which aims to accelerate progress in developing alternatives to animals for safety testing. 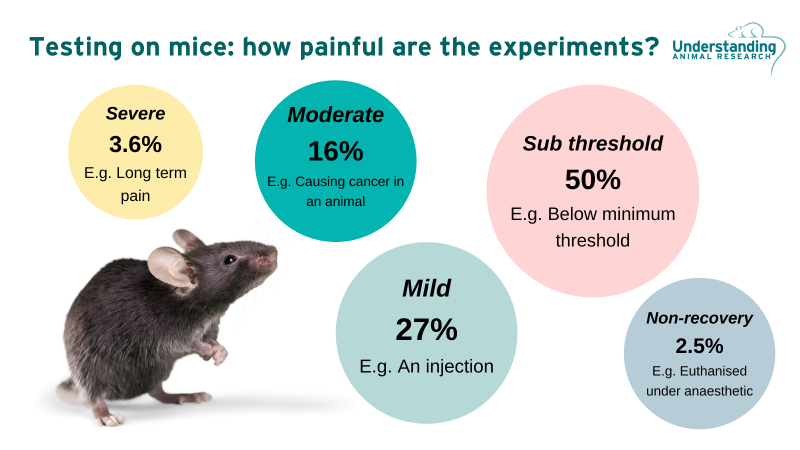