Today (Thursday, 18 July 2019) the government has released its annual statistics on the number of animals used in scientific, medical and veterinary research in 2018. The figures show that 3,519,917 procedures were carried out in Great Britain in 2018, 7% fewer than in 2017.

Over 97% of procedures were carried out on mice, fish, rats and birds whereas cats, dogs and primates accounted for less than 0.2% of all procedures.

Procedures in dogs and primates have been essential for scientific, medical and veterinary research. Dogs are currently being used to develop treatments for Duchenne muscular dystrophy, a debilitating muscle wasting disease that has no cure and ultimately leads to early death.  Like humans, non-human primates (NHPs) have a prefrontal cortex, which is the part of the brain involved in cognitive behaviour. This means that NHPs can help scientists understand how the brain works and help us develop treatments for neurological conditions like Alzheimer’s, Parkinson’s and OCD. 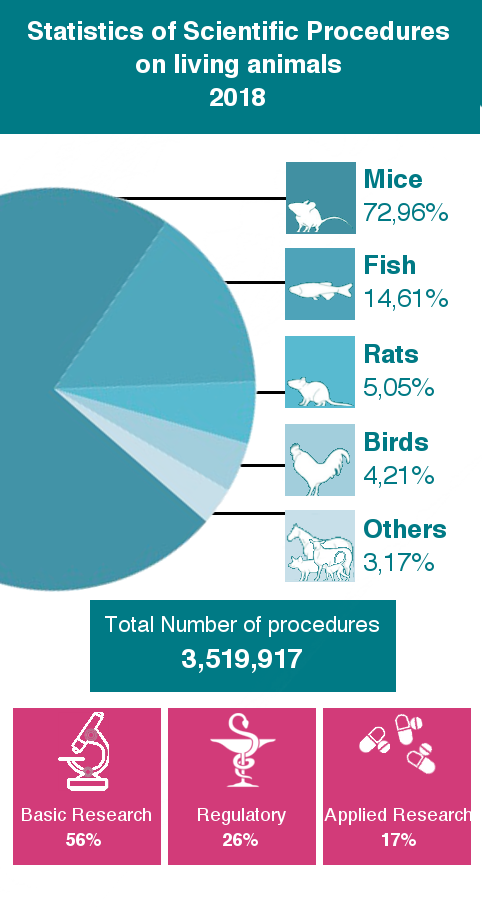 While the government produces these statistics on an annual basis, more organisations than ever before are openly publishing their own figures on their websites. This move towards greater transparency has been bolstered by the Concordat on Openness on Animal Research in the UK, which has been signed by 121 organisations since it launched in 2014.

"These figures show once again that experiments using mice, rats, fish and birds make up 97% of animal research in this country. However, people will be pleased to know that millions of pounds are invested every year in finding non-animal alternatives, which help to bring the numbers of animals used down over time. This sets the right balance between preventing and treating human and animal diseases, while ensuring that animals are only used when absolutely necessary." 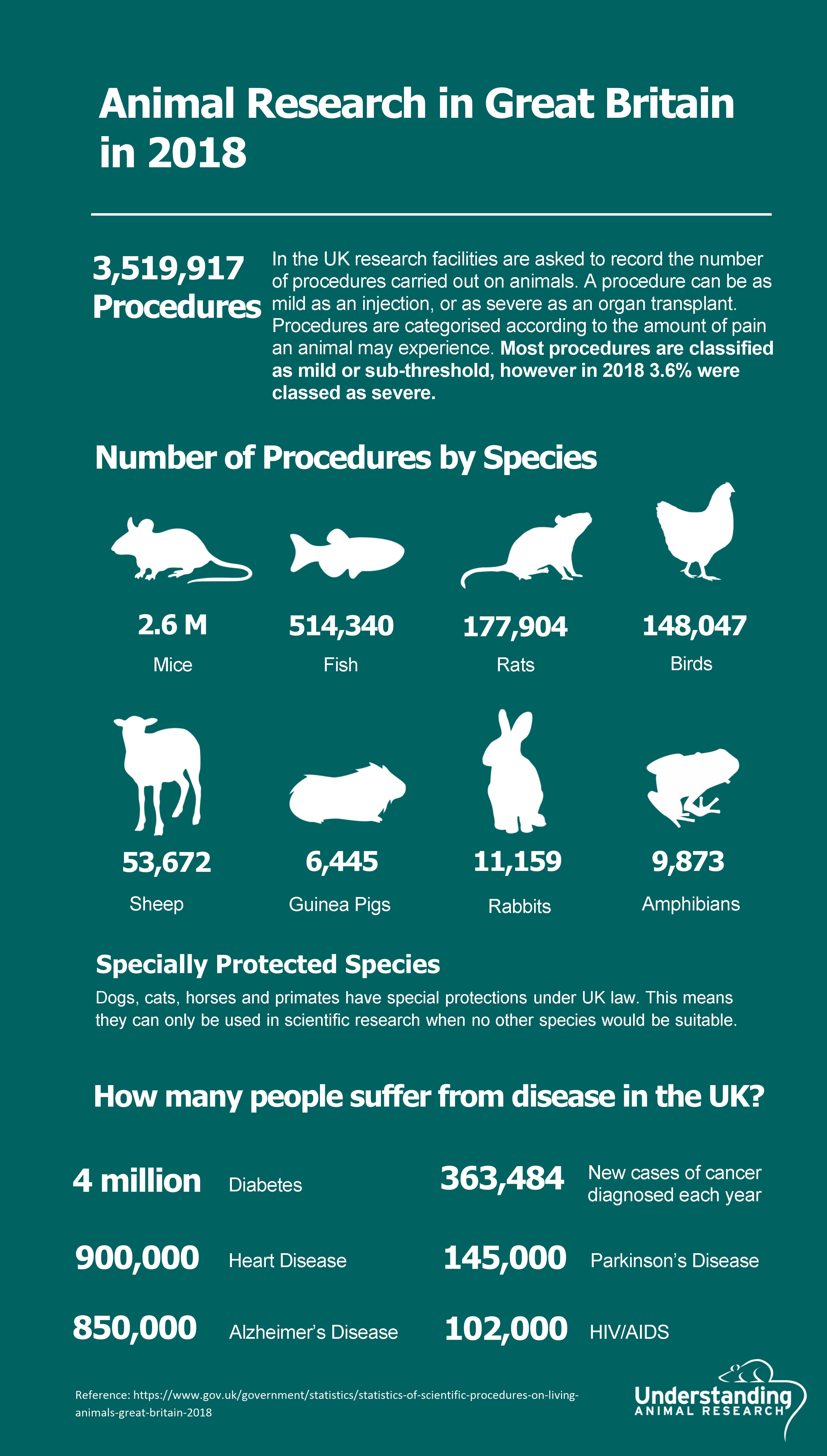