We have seen in the UK that, when attacked by violent animal rights extremists and vociferous antivivisectionists, one effective strategy is to increase efforts to communicate why animal research is necessary for medical progress. That is what happened here a few years ago. Along with government crackdowns on extremism, this type of actvitity has lessened the threat of animal rights extremism in the UK.

Most of the mass media are not so interested when they do not perceive a polarised debate or are not chasing news on the latest violent attack. So when the going is not so tough, like here in the UK, there are fewer opportunities to tell people through the media why and how animal research is conducted. But there is still plenty to do behind the scenes, working with politicians, schools and researchers, for instance.

Elsewhere the violent and vociferous opposition is as active as ever. In the USA, building on efforts to promote the importance of lifesaving research involving animals, UCLA has placed a full-page advertisement in the Los Angeles Times urging people to sign a petition.

The ad was published on Sunday 18 October. It asks readers to sign the US Pro-Test for Science petition, which has been in circulation for six months since this branch of Pro-Test was formed. Those with long memories will recall that Pro-Test started in the UK nearly four years ago, as an Oxford-based student group. At that time Oxford University was under attack by animal rights activists because it was building a new biomedical research centre that would house laboratory animals.

The Pro-Test for Science petition states that ethical and humane animal research is a cornerstone in our understanding of basic biological processes and the development of new treatments and therapies such as cancer medicines, antibiotics, vaccines and organ transplants. More than 10,000 people have signed up, including Nobel laureates and members of the National Academy of Sciences and the Institute of Medicine.

'It's important that UCLA demonstrate strong support for researchers who have been subjected to violence and harassment by anti-animal research extremists and that the public understand the vital role animal research at UCLA plays in improving our lives,' UCLA Chancellor Gene Block said. 'It's equally important that the public understand that lab animals are utilised only when no alternative exists, that UCLA is committed to the highest standards of care and that research is subjected to strict oversight, including unannounced inspections, by federal regulators.'

The LA Times advertisement was timed to coincide with National Primate Liberation Week, when extremists typically post and distribute misleading or false information about animal research. It also co-incided with the big meeting of the Society for Neuroscience in Chicago which finishes today. The meeting included a symposium on how best to reach out and garner more support for animal research, and to encourage more scientists to speak out.

A scientist blogged from the SfN meeting:

'In the UK, people have vocally supported animal research, marches in support have easily outnumbered and overwhelmed the vocal minority. In the US, that is not yet the case, scientists are still scared.' 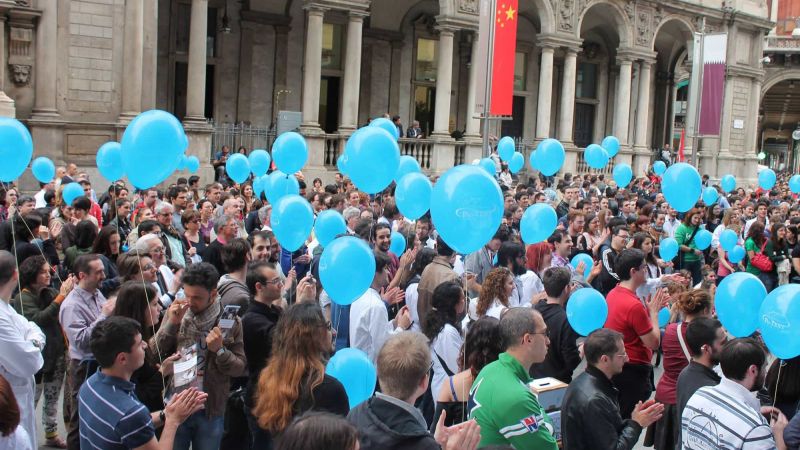 On Saturday 1st June 2013, Pro-Test Italia held a rally in support of the important role that animals play in biomedical research. 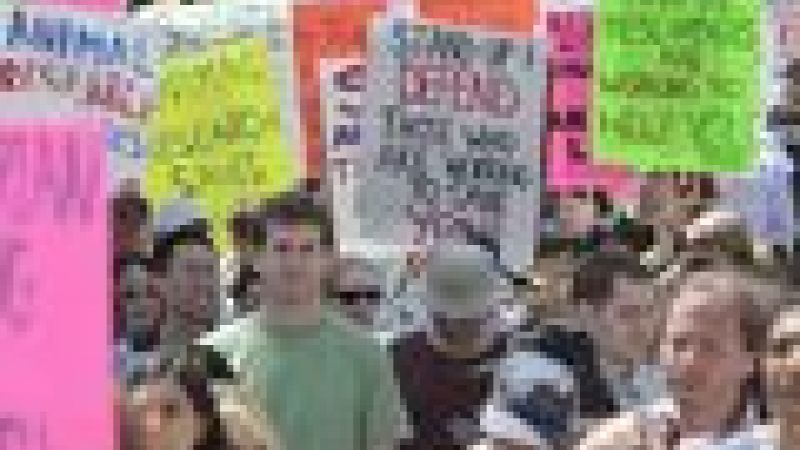 The Pro-Test Italia rally will culminate in the delivery of a petition signed by over 5000 people calling for solidarity with the researchers affected by the attack. 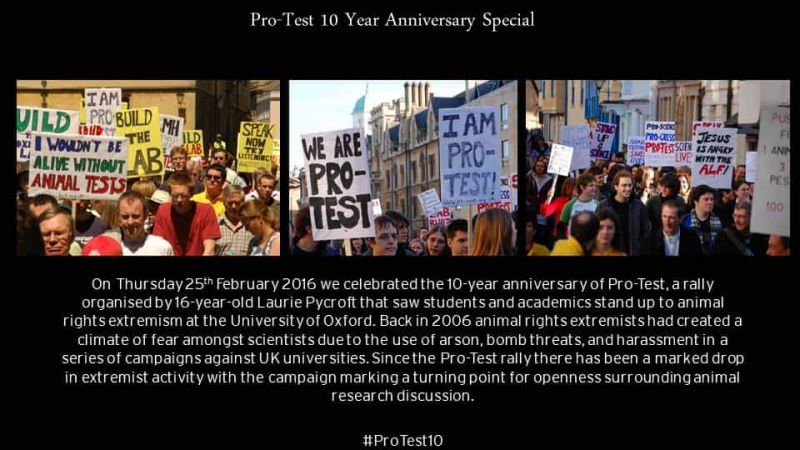