UAR is delighted to announce twelve new Leaders in Openness.

This May we celebrate eight years since the launch of the Concordat on Openness on Animal Research in the UK, a voluntary code of practice that commits signatory organisations to enhance their animal research communications. Each year we see Concordat signatories develop new projects and communication methods to explain how they conduct, fund, or support animal research. While every Concordat signatory is on their own openness journey, there are those who drive openness forwards and act as models for other organisations. These are the organisations that are regarded as Leaders in Openness.

Leaders in Openness are Concordat signatories who commit considerable resource and energy to following best practice, embedding openness within their organisations, and making the aims of the Concordat a reality. These organisations are essential to moving conversations about the use of animals in research forwards and embedding change in the bioscience sector. In recognising the achievement of these organisations, we hope to share their practices more widely, with the aim of supporting similar organisations on their own openness journeys.

The twelve Leaders announced today were all originally granted Leader in Openness status in 2019. This year they were required to reapply for the status and submit evidence to show how their communication activities were still sector-leading in 2022. All the applications were assessed by members of the public and we are delighted that all twelve signatories were still found to be leading.

The Institute of Cancer Research

The Universities of Edinburgh and Reading are also current Leaders in Openness, having been awarded the standard in 2020 and 2021 respectively.

“The Concordat on Openness on Animal Research in the UK was created eight years ago to provide organisations using animals as part of their scientific research with clear guidance for talking openly about their work. Openness around how and why animals are used allows everyone to consider the potential harms and benefits of research and make up their own minds about it.

“Each year, the Concordat on Openness on Animal Research in the UK recognises institutions which consistently meet best-practice standards for openness and transparency in communicating about their animal research. These organisations have shown excellence in their use of internal communications, public-facing websites and social media, media communications and public engagement practices, setting a high standard for all research organisations that use animals, and leading by example.

“This year 12 research organisations have been recognised as outstanding in all these areas and will hold the ‘Leaders in Openness’ title for three years in recognition of the energy, consideration and courage that they have shown in providing accessibility and public information around an important but often misunderstood subject.

“The Concordat on Openness on Animal Research in the UK aims to remove the legacy of real and perceived secrecy around the use of animals in scientific research and create greater trust through an established code of practice for life-science research communications. Signatories work to explain why animal research is important to nature and society, while acknowledging that there are costs to this approach that must be minimised. Openness is an opportunity to explain these benefits and costs and what is done to mitigate harms in the face of widespread misinformation on the topic amongst the public.”

“We are thrilled to have been recognised by UAR as a Leader of Openness. True recognition of this award goes to the whole team at Agenda and our clients, who share UAR’s vision of openness, actively supporting it as part of their own values. We look forward to continuing this journey with UAR’s support and thank them for all their hard work in enabling openness in its many forms.”

Dr Louisa Wood, Head of Communications at the Babraham Institute:

“We’re delighted to maintain the Leader in Openness status and stand alongside the existing and new Leaders as organisations demonstrating the importance of openness and communication about the use of animals in research. We utilise a variety of mechanisms to provide clear and accurate information for a range of audience types and we’re proud to see this work recognised.”

Jan-Bas Prins, Director of the BRF, The Francis Crick Institute:

“We are delighted that we are recognised as a leader in openness yet again. Engaging and inspiring public with discovery science is one of the main objectives of the Crick. This includes our commitment to openness about why and how animals are used in medical research.”

“This is fabulous news and reflects our continued efforts to promote openness and awareness of animal research. We want people to understand how we work with animals, the care we take with their welfare, and the significant role of our animal work in making scientific and medical advances.  Many people have contributed to this award and it recognises their creativity and efforts. Well done everyone.”

“We’re delighted that the ICR has been recognised for our work in communicating openly about animal research.

“Animal research has played a critical role in many of our scientific discoveries and has driven advances in cancer treatment that have transformed patients’ lives throughout the world.

“We’re committed to being open and transparent about how we use animals in our life saving research and how we ensure the highest standards of animal welfare.”

“We are proud to be recognised as Leaders in openness on animal research. Much of the research we carry out using animals directly supports the development of treatments for common human conditions like cancer, heart disease and stroke. Being open and transparent about the research we do is integral to upholding public confidence in our careful consideration of the use of animals only when there is no alternative and in the high standards of animal care and welfare that we offer to all of our animals.”

“I am extremely proud of our scientific community and supporting services, particularly our Animal Services team for the way they have worked together to promote our use of animals in research openly and transparently. It is pleasing to see this commitment acknowledged in this way. The Institute strives to apply the principles of 3Rs (reduce, refine and replace) in its research where possible, but in order to test vaccines and discover more about how immunological systems respond to viral infection we have to use animals."

Professor Anne Ferguson-Smith, Pro Vice-Chancellor for Research at the University of Cambridge:

“Animal research continues to be an important part of biomedical science, but as research institutions it is vital that we do not take public support for granted, and instead explain clearly why and how we work with animals and the steps we take to ensure good animal welfare.

“Since first signing the Concordat in 2014, Cambridge University has strived to be as open about our animal research as possible, sharing a wealth of information and case studies, and continuing to engage the public. We believe it’s important to show leadership in this area and we hope our efforts make a difference and show others within the sector what can be achieved.”

“We are delighted to be given a Leader in Openness award (2022-2025). Leicester Division of Biomedical Services continues to have openness and transparency at the heart of its strategy for the facility. We are passionate about talking about the excellent work we do, and how we strive to improve welfare daily, alongside educating the next generation of animal technicians and scientists.”

Maria Kamper, Director of the Animal Unit, University of Manchester:

“Animals play a hugely important role in scientific research aimed at helping us understand how biological systems work so we can find ways to treat disease and understand human- and animal- health.

“It remains a critical way for scientists to develop new medicines and cutting-edge medical technologies.

“That we’ve retained our status as a leader in animal research openness is testament to the hard work of both scientific and comms colleagues.” 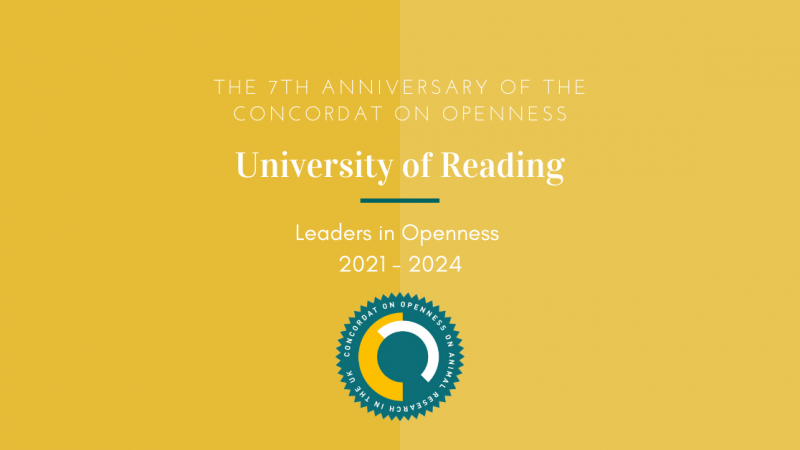 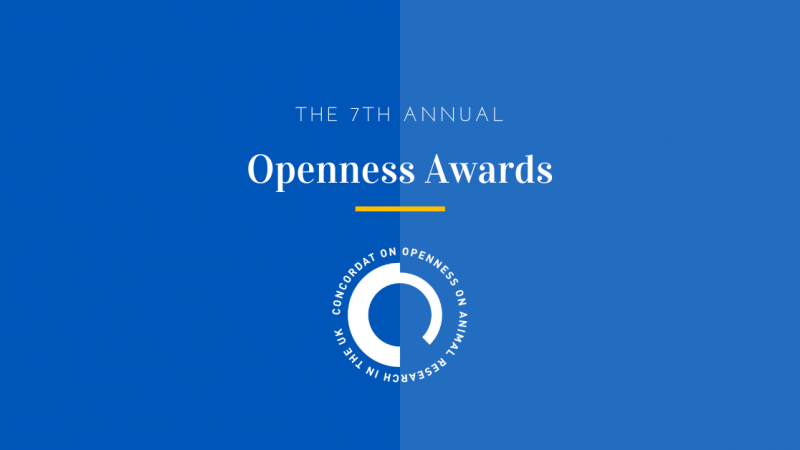 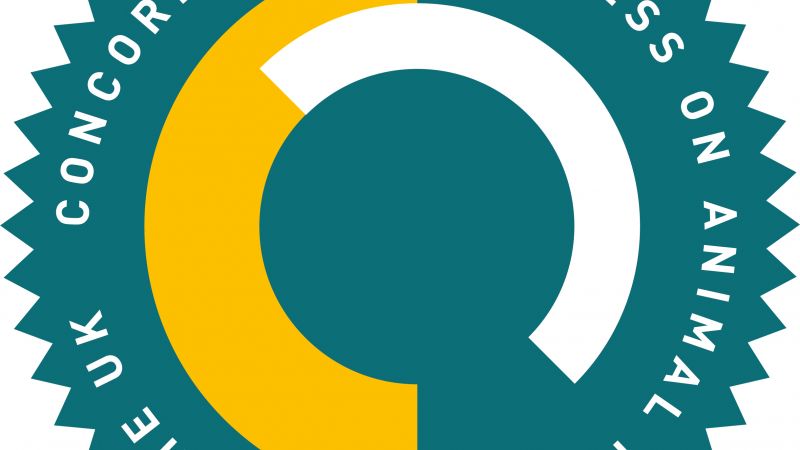