I was testing my bat-detector at home and discovered that my desk-lamp fitted with a standard ‘low-energy’ fluorescent bulb was giving off a hell of a hum – at around 50 kHz. I knew that mice and rats make a variety of sounds and calls in ultrasound frequencies, many well beyond the upper human threshold of around 20kHz.*

This set me to wondering whether animal facilities monitor ultrasound  to ensure their animals are not exposed to disturbing levels of ultrasound noise pollution, sound that might mask normal ultrasound animal chatter as well as being a source of auditory stress to laboratory animals.

A quick conversation with colleagues at the IAT confirmed that they were well aware of the issue with facilities being monitored for ultrasound and facility designers avoiding potential noise sources such as fluorescent strip lighting.

A cursory search of the literature turned up Environmental ultrasound in laboratories and animal houses and Sound levels in rooms housing laboratory animals: an uncontrolled daily variable which discuss sources and impacts of ultrasound, while Cheng et al thought chronic and/or loud noises may impair behaviour, cognition and immune function in mice.

So what ultrasounds do laboratory animals make? I’ll restrict myself to mice and rats, not least because I did not find anything about hamsters and gerbils and I don’t think zebrafish operate in ultrasound, although fish can be very vocal if not particularly tuneful!

Listening to animal sounds could theoretically inform us about their ‘normal’ behaviour and how they are responding to normal animal husbandry procedures as well as potentially more stressful experimental procedures.

However, sound is increasingly used to detect the behavioural consequences of genetic modification: “the ultrasonic vocalizations of mice are attracting increasing attention, because they have been recognized as an informative readout in genetically modified strains”.

The relatively complex male mouse courtship songs that have drawn comparison to bird song. This complexity has also drawn particular attention as a potential tool for behavioural phenotyping of mouse models of neurodevelopmental disorders. Additionally, ultrasonic vocalizations emitted during social interaction between femalescan be used as an index of social recognition and so potentially can be useful to detect age-related disruption of social memory in female mice.

Whatever their use as behavioural markers, mouse songs have their own innate beauty when modified for the human ear:

Rats hearing range, as defined by sounds audible at 60 dB, is from 500 Hz to 64 kHz, with the peak sensitivity (sounds detectible at 10 dB) at approximately 4–32 kHz (Heffner& Heffner, 2007). In the film Laboratory Rat: A Natural History, Berdoy has a section on ultrasonic communication.

“ …Rats have three kinds of calls in at least two different ultrasonic frequencies. This long 22 KHz call, whose frequency has been lowered to make it audible, can be emitted by subordinates, and may express fear or even pain. At other times it may be used as a warning or an alarm call. It is also emitted by females prior to mating and by males after ejaculation.

Two other types of calls operate at even higher ultrasonic frequencies, in the 50 to 100 KHz range. This call is heard in a mating context, often when males follow females. In some cases it seems to make the females more likely to be sexually receptive. This less complex call can be heard in an aggressive context….”

So while it is clear that some laboratory animals use sound and their vocalisations are of general use for husbandry, scientists find other reasons for listening to and deciphering ultrasounds.

One example is where normal and Parkinsonian rats are trained to change their ultrasonic vocalisations and then the differences between the two is analysed.

Compared to some scientific procedures ultrasound recording and analysis is fairly straight forward. Microphones sensitive to the relevant frequencies are connected to high data rate (sound) recorders. The resulting sounds can be analysed by using spectrographs produced from the sounds.

Considering how straight forward this work is, perhaps ‘listening in’ to laboratory animals could become an even more widely developed husbandry technique.

*Note: Your young children might detect higher frequencies slightly higher than 20kHz but the hearing frequency threshold drops as you age, in my case now around 15kHz.

Types and Functions of Ultrasonic Vocalizations in Laboratory Rats and Mice, 2007, pp 29 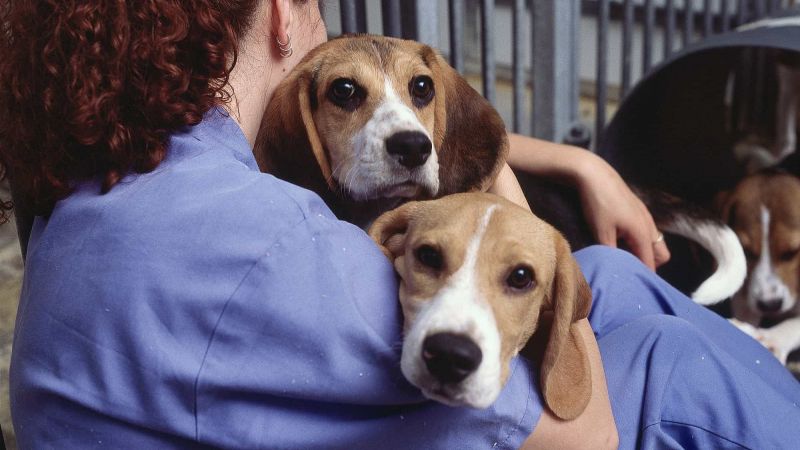 Housing and husbandry of dogs

What is an AWERB and how does it help promote high standards of animal welfare in research?