On World Day for Animals in Laboratories (24th April), we should celebrate the major milestones which have ensured the UK has some of the best laboratory animal welfare conditions in the world.

Britain has prided itself on being a national of animal lovers. It is home to the oldest animal welfare organisation in the world – The RSPCA – and passed the first law specifically aimed at regulating animal experiments – the Cruelty to Animals Act, 1876.

Animal research is currently governed by the Animals (Scientific Procedures) Act, 1986, which was strengthened in light of EU Directive 2010/63. This act covers all vertebrate species, as well as cephalopods.

Over the last twenty years, the UK has put in place bans on the use of animals to test tobacco, cosmetic products and their ingredients, and household products.

A ComRes survey in 2013 showed that almost two-thirds of the British public were unaware that it is illegal to test cosmetic products on animals in the UK. Understanding Animal Research seeks to improve understanding about the rules and regulations governing the use of animals in research in the UK. 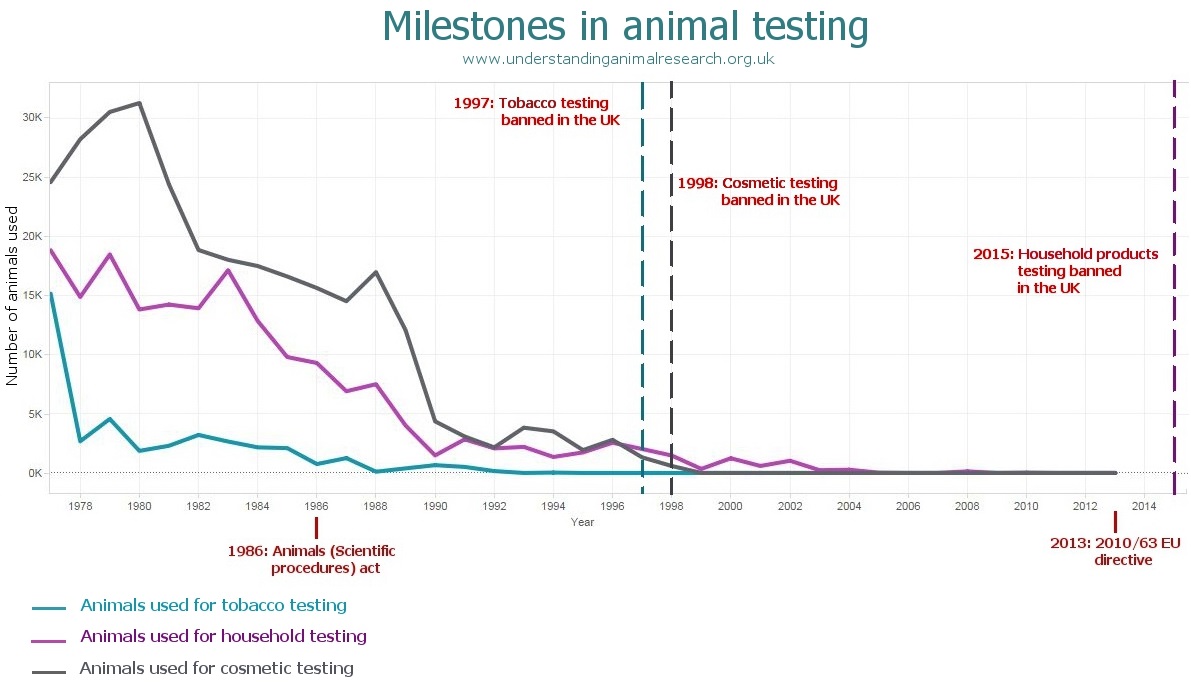 1875 – The First Royal Commission on animal welfare determines animal experiments “ought to be subject to regulation and control”.

1876 – Cruelty to Animals Act introduced by the Earl of Carnarvon, Vice President of the RSPCA, regulated experiments on living vertebrates. Scientists would have to be licensed, research institutions had to be registered, and experiments “must be performed with a view to the advancement by new discovery of physiological knowledge or of knowledge which will be useful for saving or prolonging life or alleviating suffering”.

1959 – The 3Rs of Replacement, Refinement and Reduction of animals in research are first described by Russell and Birch in The Principles of Humane Experimental Technique

1969 – Fund for the Replacement of Animals in Experiments (FRAME) is founded to find and develop alternatives to animal research models.

1986 – Animals (Scientific Procedures) Act creates the foundation of the UK’s animal research regulation. Approval for animal experiments would only be granted where the expected benefits outweighed the potential suffering. It outlawed the use of Great Apes in research and demanded that alternative methods be used for other species wherever viable.

1997 – Tobacco testing on animals banned in the UK.

1998 – Cosmetic testing on animals banned in the UK, including for cosmetic ingredients.

2004 – The National Centre for the Replacement, Refinement and Reduction of Animals in Research (NC3Rs) is founded.  It provides funding into all aspects of the 3Rs.

2013 – EU Directive 2010/63 comes into force across the EU, harmonising standards by bringing them closer to the UK regulatory system (which had been much stricter than many other EU countries prior to the Directive).

2015 – Household product testing on animals banned in the UK, coming into effect in October 2015. 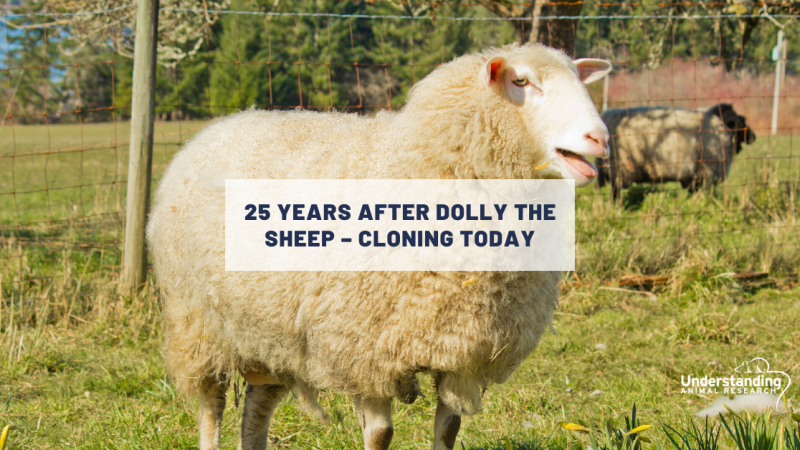