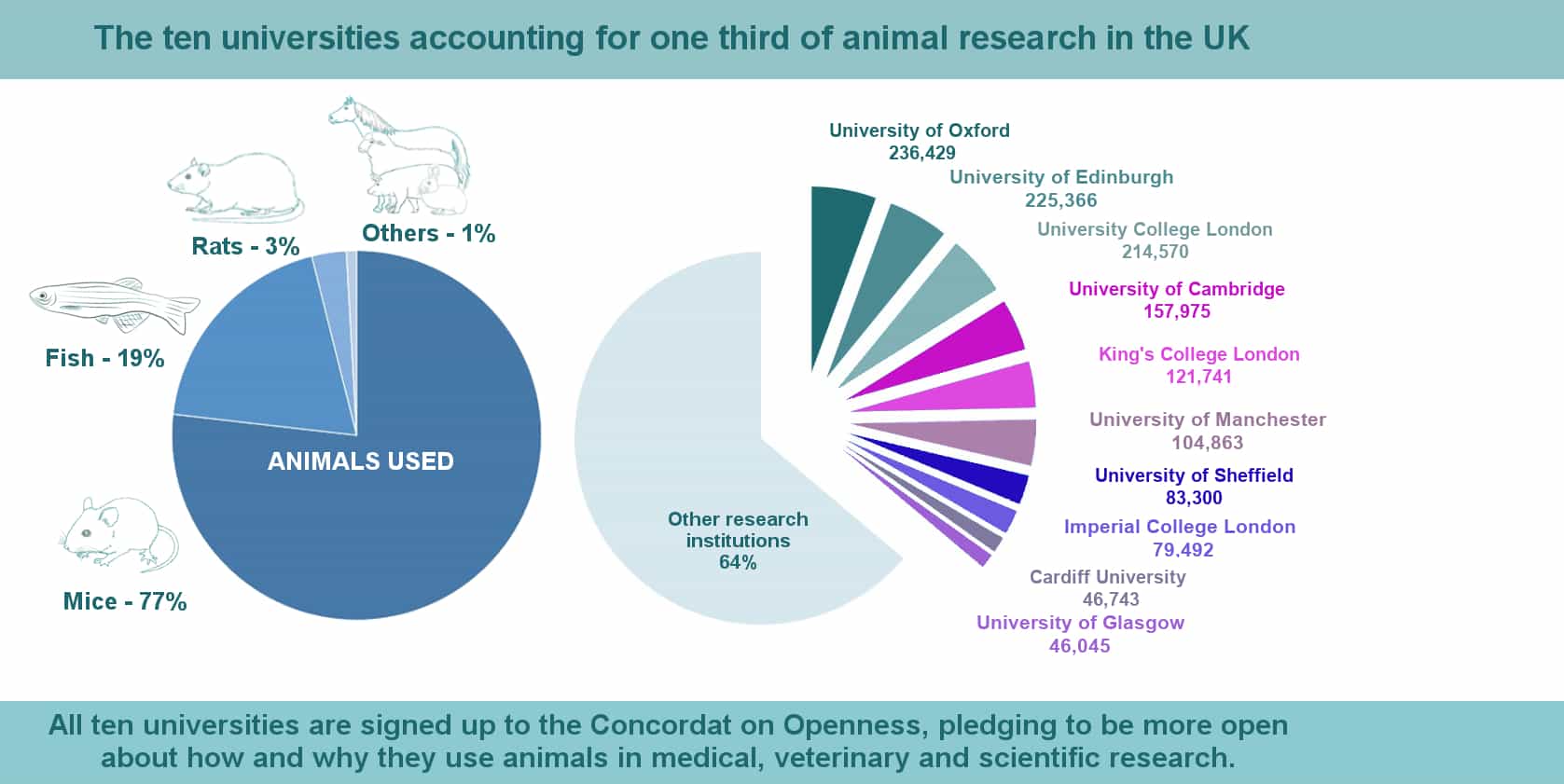 Understanding Animal Research, an organisation promoting greater openness about animal research, has today released a list of the ten universities in the UK that conduct the highest number of animal procedures – those used in medical, veterinary and scientific research. These statistics are freely available on the universities’ websites as part of their ongoing commitment to transparency and openness.

The figures show that the ten institutions collectively conducted over one third of all UK animal research in 2017.* All ten universities appear in the QS 2018 World University Ranking Top 200 and seven appear in the Top 50**.

The top ten institutions conducted 1.32 million procedures, 35% of the 3.79 million procedures conducted in Great Britain in 2017. Over 99% of these procedures were carried out on rodents or fish, and in line with national data they were almost evenly split between experimental work and the breeding of genetically modified animals.

The ten universities are listed below alongside the total number of procedures that they carried out in 2017. Each institution’s name links to its animal research webpage which includes more detailed statistics. This is the third year in a row universities have come together to publicise their collective numbers and examples of their research.

All universities are committed to the ‘3Rs’ of replacement, reduction and refinement. This means avoiding or replacing the use of animals where possible; minimising the number of animals used per experiment and optimising the experience of the animals to improve animal welfare. However, as universities expand and conduct more research, the total number of animals used can rise even if fewer animals are used per study.

“The Concordat has fostered a culture of openness at research institutions up and down the country. Institutions now provide an unprecedented level of information about how and why they conduct medical, veterinary and scientific research using animals. Almost two-thirds of the university Concordat signatories provide their animal numbers openly on their websites – accounting for almost 90% of all animal research at UK universities. “