Head of Policy and Media Chris Magee comments on this year’s anniversaries: 140 years of research regulation, 30 years of landmark legislation and 10 years since protesters stood up for animal research.

In some ways, 2015 was the year of fresh starts – we had bearing fruit for the first time, signatories of the Concordat on Openness reporting their first years' progress, a new government and new ministers: a new landscape for how we talk and legislate around animal research.

Maybe then 2016 is the year of anniversaries – 140 years since animal research was first regulated, 30 years since the UK passed groundbreaking and world-beating lab animal protection legislation and 10 years since protesters upset about a lab being built in Oxford were eclipsed by counter-protesters calling for the lab to be built. 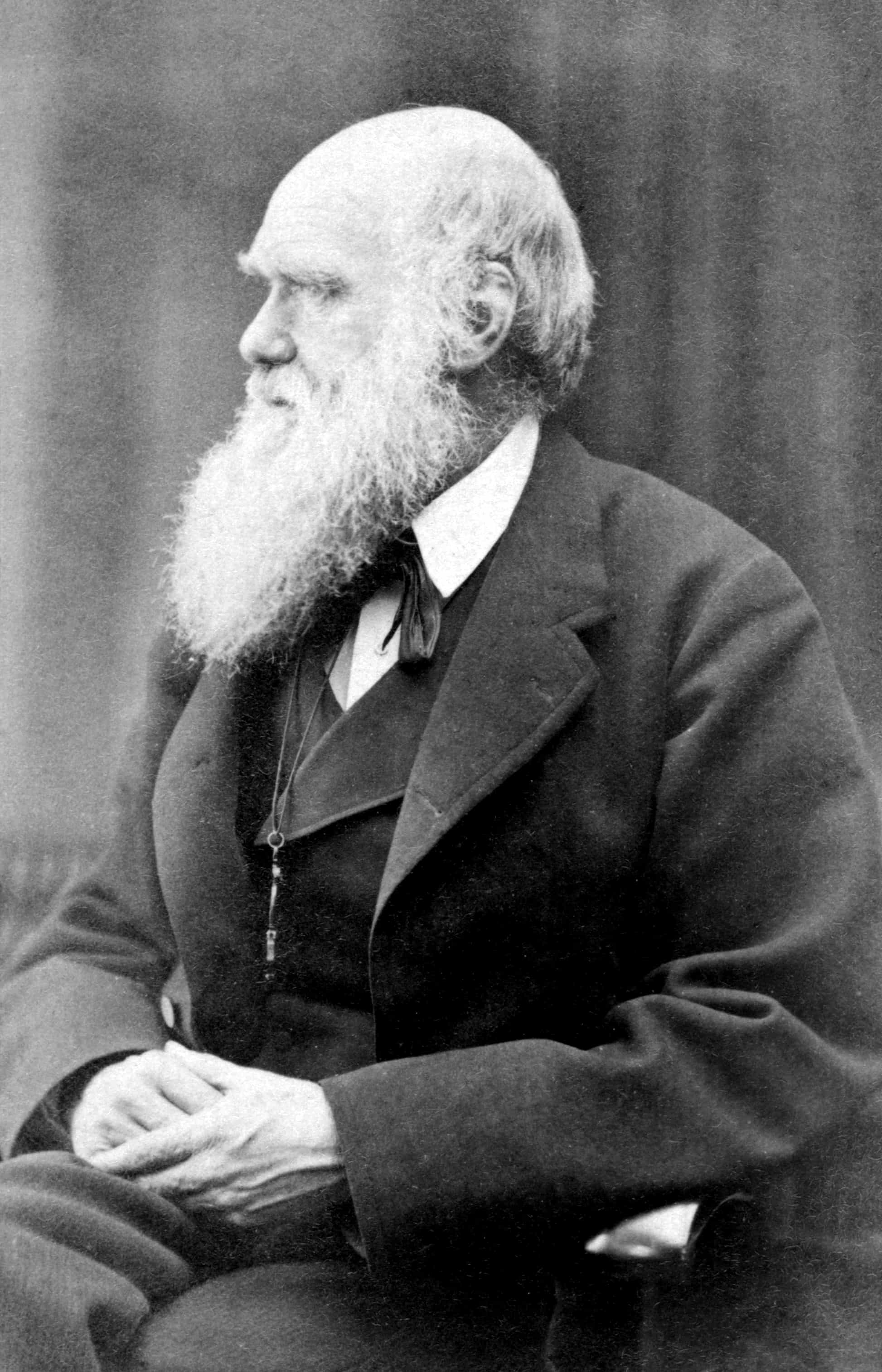 In front of the Royal Commission sat one Charles Darwin who, like the modern day proponents of animal research, was only a conditional acceptor of animal research. He was appalled at the unregulated nature of experiments which in one case led to the attempted prosecution of a French surgeon who conducted experiments which involved the unnecessary and visible suffering of two dogs, prompting senior clinicians present to storm out, one of them saying “The dog is struggling hard to get free. I am a sportsman as well as a surgeon, and I will never see a dog bullied."

Before the Royal Commission, Darwin again insisted that experimentation on animals was essential for the development of medical science. However, on the question of experiments carried out without anaesthetic or ones inflicting pain unnecessarily, Darwin stated unequivocally that, "It deserves detestation and abhorrence.” And who could disagree?

Animal lover Darwin, noted for handing down harsh penalties for animal cruelty as a magistrate and remonstrating with those he came across in public who were abusing animals, was also in a position to appreciate the importance of understanding physiology, particularly for the purposes of human and animal medicine. Given his frailty, Darwin wasn't even the greatest proponent of his own work on evolution in the public arena, but he made a special effort in spearheading the regulation of animal research. As he wrote to his friend (and President of the Royal Society) Joseph Hooker, “I worked all the time in London on the vivisection question . . . The object is to protect animals, and at the same time not to injure Physiology,"

The new law that Darwin helped to forge would ensure that experiments were licensed and inspected (even, as it would turn out, throughout both World Wars). Their scientific validity would have to be signed off by the Chair of the Royal Society and there would be special protections for dogs, cats, primates and horses, ensuring that they could not be used if another species would suffice. As such, Darwin's nuanced views reflect the bedrock of the perspective British scientists have subsequently taken towards animal research, balancing genuine concern for animals with an acknowledgement that their study is sometimes the only route to ending more widespread suffering.

This is very much the approach reflected in the Animals Scientific Procedures Act 1986 (ASPA), which is 30 years old this year. Uniquely, the legislation stated that animals cannot be used if there was a 'reasonably practicable' alternative, although there's an easier way of saying that. Since 'practicable' means 'achievable' and no sane law asks people to go to unreasonable lengths to satisfy it, we could from 1986 instead say 'it's illegal to use an animal if there's an alternative'.

ASPA was a significant piece of legislation, which went to great lengths to stipulate how animals could be used, the conditions in which they should be raised in and kept and more. There were approved methods of killing animals if required and, with its second tier of ethical review, it was widely regarded as having created one of the toughest, if not the toughest, legal environments in the world in which to conduct animal experiments.

ASPA also established the Animal Procedures Committee to oversee the work of the Home Office as the regulator of experiments. The Act stipulated that at least two-thirds of its members had full registration as medical practitioners or veterinary surgeons, or that they be qualified in a relevant biological subject; that one member be a barrister, solicitor, or advocate; that at least half the membership should not have held an animal-testing licence during the last six years; and that the interests of animal welfare should be adequately represented. Although not stipulated by the Act, there was also usually a resident philosopher.

For a law that was passed in the 80s ASPA had done a good job of regulating research in the modern day and in effect served as a template for Europe-wide legislation which came into force in 2013. As a result, unlike some other EU countries, there were relatively few changes to UK practice – basically ASPA was lightly amended and we renamed the Animal Procedures Committee as the Animals in Science Committee. ASPA was essentially given a fresh lick of paint and updated to accommodate modern understanding of optimal animal welfare in the circumstances. It also made into law an existing policy ban on allowing cosmetics research which had been in place since 1998.

One thing that did change was the retrospective recording of actual suffering. Previously, estimates of suffering were based on the suffering the scientist anticipated might be encountered in a worst-case scenario. The cost/benefit analysis of whether to allow the experiment was then done on the basis of the estimated suffering versus the estimated scientific outcome and licences were then issued only for experiments deemed worthwhile.

Although this still happens under the updated ASPA, the actual suffering experienced by the animal is also recorded and this has led to a surprising discovery. Based on the proportion of experiments which are licensed for mild, medium or severe, one would expect a third to be mild, two thirds to be moderate and just 5% to have severe outcomes. In fact, although severe outcomes are indeed 5% of the total, half of procedures are mild and just 14% are moderate with a further 3.5% non-recovery (where the animal is under general anaesthetic all the way through the experiment and does not come round afterwards) and some 28% below the threshold for suffering. Basically, we went from thinking that experiments where the animal’s experience was relatively mild were 30% of the total when they're actually closer to 80%.

The reasons for this are fairly obvious – if a researcher exceeds the level of suffering they have a licence for, they will have to halt their experiments while the Home Office investigates and perhaps cease work altogether.

In many ways, retrospective suffering is useful data. Most of the suffering in the 'severe' category, for instance, turns out to be as a result of regulatory testing, not regular animal research. This helps us to understand the implications of a ban on 'severe' experiments, as advocated by moderate animal rights organisations. If 'severe' experiments are related to regulatory testing of products, which products are we talking about? There's a difference between the ethics of testing cancer drugs and testing weed killer, for instance, and as much as such a ban might simply lead to experiments occurring offshore, maybe there are areas where research is not so much vital as bureaucratic. We won’t know unless we look, but it seems like the updated ASPA has yet to yield all of the animal welfare benefits in its power.

At 12 years old, an honorable mention goes to the National Centre for the 3Rs (NC3Rs) which is a government-funded body which promotes and subsidises research into animal replacements to the tune of tens of millions of pounds. The NC3Rs is unique to the UK, although there is a general motive for organisations which use animals to fund their own similar alternatives research, which can be much cheaper than using animals. Hence, we're coming at the vexed question of animal alternatives from a number of angles. One anniversary that is playing ball is the 10 year anniversary of Pro-Test. For those not around at the time, Pro-Test was a reaction to animal rights activist organisation SPEAK which was trying to oppose a new lab at Oxford University.

Holding its first counter-rally in February 2006, the pro-research movement eclipsed the antis by 800 to 150. The formation of Pro-Test coincided with threats made by the Animal Liberation Front (ALF), against Oxford staff and students, on the Bite Back website. ALF charmer, Robin Webb confirmed that "high-level student groups working against SPEAK protesters may be targeted."

In any case, the animal rights campaigners didn't get their way and the Oxford lab was built. In many ways their threats held back public transparency of animal experiments, as would any fool who threatens violence to researchers. Most animal research is conducted in universities and public bodies, which have a statutory duty to ensure the health and safety of staff. The inevitable outcome of making a physical threat or committing an assault is that the research will become secret.

The story of the ten years since Pro-Test has been a journey towards greater transparency, aided by the jailing of some of theheadbangers who were making the most extreme suggestions, but also driven by a feeling that enough is enough. Researchers will not be intimidated and animal rights organisations are going around filling people's heads with the most extraordinary misinformation.

Because saying “I think mice and people are morally equivalent” sounds a bit peculiar when you say it out loud, many anti-research absolutists have instead turned to pseudoscience or cherry-picking misleading quotes such as bunk like “the FDA says 9 out of 10 drugs that pass animal experiments fail in humans”. They don't. The FDA never said that, they were talking about all lab experiments.

Continued transparency can, then, do two things. It can wash away the toxic and counterproductive legacy of violent oafs like the Animal Liberation Front and demonstrate to the public what actually goes on in labs rather than the fevered imagination of activists and the fabulous tales of those who exploit them.

We're 140 years on from when we first started to regulate animal research and we're in a pretty good place, with legislation as tough as it's realistically going to get, lab animal welfare a priority and conversations turning towards how we can go beyond the practical limits of state intervention via things like cultivating a 'culture of care' (more on that later).

We're 18 years ahead of the curve on cosmetics testing, we've just banned testing household cleaners and People For the Ethical Treatment of Animals sits on the Animals in Science Committee. Where we still need to do more is in funding the creation of alternatives, encouraging uptake of them and promoting their acceptance to regulators. I'll write more on those in the future as they're too important to be summarised and bolted on to a longer article.

These considerations are the stuff of future progress but we need to start pushing for it now. Wouldn't it be nice to create a new anniversary that's worth writing about? 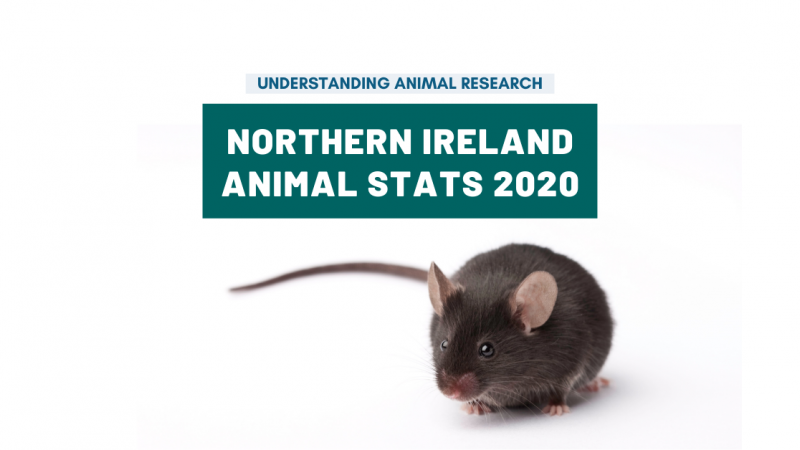 Procedures carried out on animals in Northern Ireland, 2020 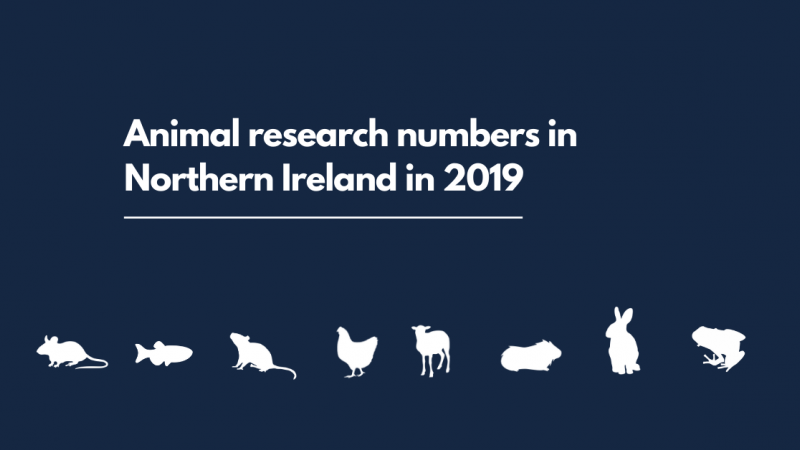 Procedures carried out on animals in Northern Ireland, 2019