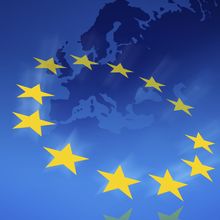 Today the Agriculture committee in the European Parliament gets evidence from experts in the research community about animal research.

The European Commission published its proposal for a new directive regulating animal experimentation in the EU in late 2008. The Agriculture committee meeting today is one of the first stages in the tight timetable of discussion and amendments before a full debate in The European Parliament (so-called plenary).

It was widely expected last year that this proposal would be sent to the Environment committee, which has dealt with everything to do with animal experimentation for a decade or more. However, the main committee this time is the Agriculture committee and the Rapporteur is Neil Parish, the chair of the committee.

The Agriculture committee is regarded as being realistic and pragmatic. It is experienced at balancing the interests of those using  animals with the concerns of the animal protection movement. However, Neil Parish has set a very tight timetable for parliamentary debate, so that it might be completed before the European Parliament goes into recess for the June elections. Antivivisection groups have been lobbying MEPS hard for over a year.

There are two other committees which have an interest in revision of  the animal research directive: the Environment committee and the Industry & Research committee. Both will debate it and submit reports to the Agriculture committee for consideration, before 31 March to keep to the timetable.

April and May should see debate in the full Parliament, assuming the ambitious timetable can be adhered to, which is by no means certain.

For more information see the February 2009 EBRA newsletter and our Policy Issues pages on European Regulation.

What is an AWERB and how does it help promote high standards of animal welfare in research?