In this post our Educational Officer Stuart Rogers explains how studying mice can reveal the human mind.

The Foundation for Biomedical research states that around 95% of all laboratory animals are mice or rats globally, so what is it about mice that make them a top candidate for medical research?

Mice reproduce very quickly and have a short life span; this makes it relatively easy to study them across generations. Many studies involving looking at the role of inherited conditions or specific genes use mice for this reason.

They are easy to source and are easier to care for in a laboratory environment. If we look at wild mice we see they adapt well to living in different conditions, from farms and farmyards, to bustling cities and underground tunnels.

Most of the mice and rats used in research are specially bred so that, other than sex differences, they are almost identical genetically, this helps make the results of medical trials more uniform.

Their genetic, biological and behaviour characteristics closely resemble those of humans (their genome is around 95% similar to ours), and many symptoms of human conditions can be replicated in mice and rats.

Research using mice has enabled us to make large leaps in medical science from the fundamental understanding of how the nervous system operates to the development and production of life saving monoclonal antibody treatments such as Herceptin.

Recently, mice have been at the forefront of research into memories. An incredible study at Emory University School of Medicine, in Atlanta looked at if it was possible for memories to be passed on genetically. In the study, published in the journal of Nature Neuroscience, the researchers trained mice to fear the particular smell of cherry blossom (acetophenone) using mild electric shocks before allowing them to reproduce with other mice. The new mice offspring exhibited fearful behaviour (shuddering more markedly in its presence) to the odour of cherry blossom compared to a neutral odour, despite never having encountered the smells before.

Importantly, these results did not stem from any socially learned behaviour picked up by hanging around the anxious parent. The association of a particular smell and fear must have been passed on genetically, the following generation also showed the same behaviour. This effect even continued if the mice had been impregnated through artificial insemination.

The researchers found the brains of the trained mice and their offspring showed structural changes in areas used to detect the odour, it is theorised that this has been programmed in by the DNA of the parent mice. This theory is supported by changes in the chemical structure of the DNA on the gene responsible for detecting odour observed by the researchers.

This suggests that experiences are somehow transferred from the brain into the genome, allowing them to be passed on to later generations. This information is ground breaking and has huge implications for what we understand about how our minds work and could provide insights on how to tackle a range of medical conditions such as phobias and post-traumatic stress disorder.

"It addresses constitutional fearfulness that is highly relevant to phobias, anxiety and post-traumatic stress disorders, plus the controversial subject of transmission of the ‘memory’ of ancestral experience down the generations”.

This is another example of the immense value of mice in research, both in understanding more about our own physiology and pioneering new treatments for medical science. 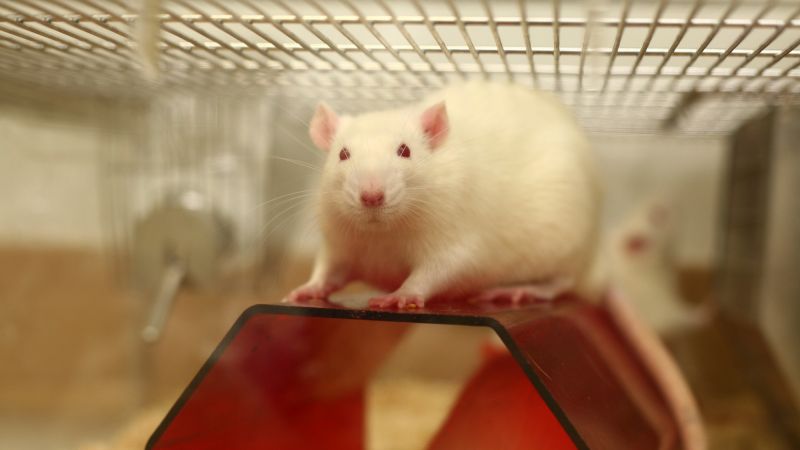 A hormone has been found that boosts the memory of an unpleasant experience in rats.