10 years of research in mice

Understanding Animal Research turned ten this year. During those ten years mice have been the main research animal helping man understand diseases, in some cases leading to new treatments.

In this article we highlight some of the developments in research using mice.

Among the various animals used for research, mice represent over 72% of the total animals used in this work in the UK. They are small, relatively inexpensive and easy to handle, making them good candidates for laboratory experiments. Their short life span and fast reproductive rate, makes it possible to investigate a wide range of biological processes at all stages of the life cycle. The mouse makes an good model for human disease because the organization of its DNA and its gene expression is similar to humans, with ninety-eight percent of human genes having a comparable gene in the mouse. Micce have similar reproductive and nervous systems to humans, and can develop many of the same diseases such as cancer, diabetes and even anxiety.

Over the years, they have been key to developments in cancer treatment, extending our understanding of conditions such as diabetes, or finding treatments for different viruses, bacteria or parasites such as Ebola, Zika, tuberculosis and many other diseases. Here are some examples of the research that has benefitted from using mice in the past decade.

Almost 10 years ago, researchers were able to reverse memory loss in mice with Alzheimer’s disease by boosting levels of a memory related protein. The researchers had found that excess beta amyloid proteins interfere with the activity of a protein called CREB, important in the development of long term memory. Researchers administered a protein called CBP to the mice using a harmless virus. They then measured the mice's memory using a water maze learning test. Alzheimer's mice given the protein performed as well as normal mice and significantly better than Alzheimer's mice not given the protein. CBP restores the function of CREB and so counters the effects of excess beta-amyloid.

A year later, researchers were making a major discovery in mice regarding the blood-clotting disorder haemophilia. Before the gene editing tool CRISPR-Cas9 had become ubiquitous in genetic research, the scientists developed a gene-repair kit capable of treating the disease in mice. The technique replaces genes in targeted organs without removing cells from the body, simultaneously correcting multiple mutations. It broadened the range of diseases that could be treated with gene therapy.

The method uses enzymes called zinc-finger nucleases, molecular scissors that replace specific DNA sequences by cutting through the double helix, after which the cell's repair machinery fixes the break. This work was a major development, as up until then, therapies using zinc fingers had required cells to be taken out of the body, be genetically modified in culture and then returned to the body. 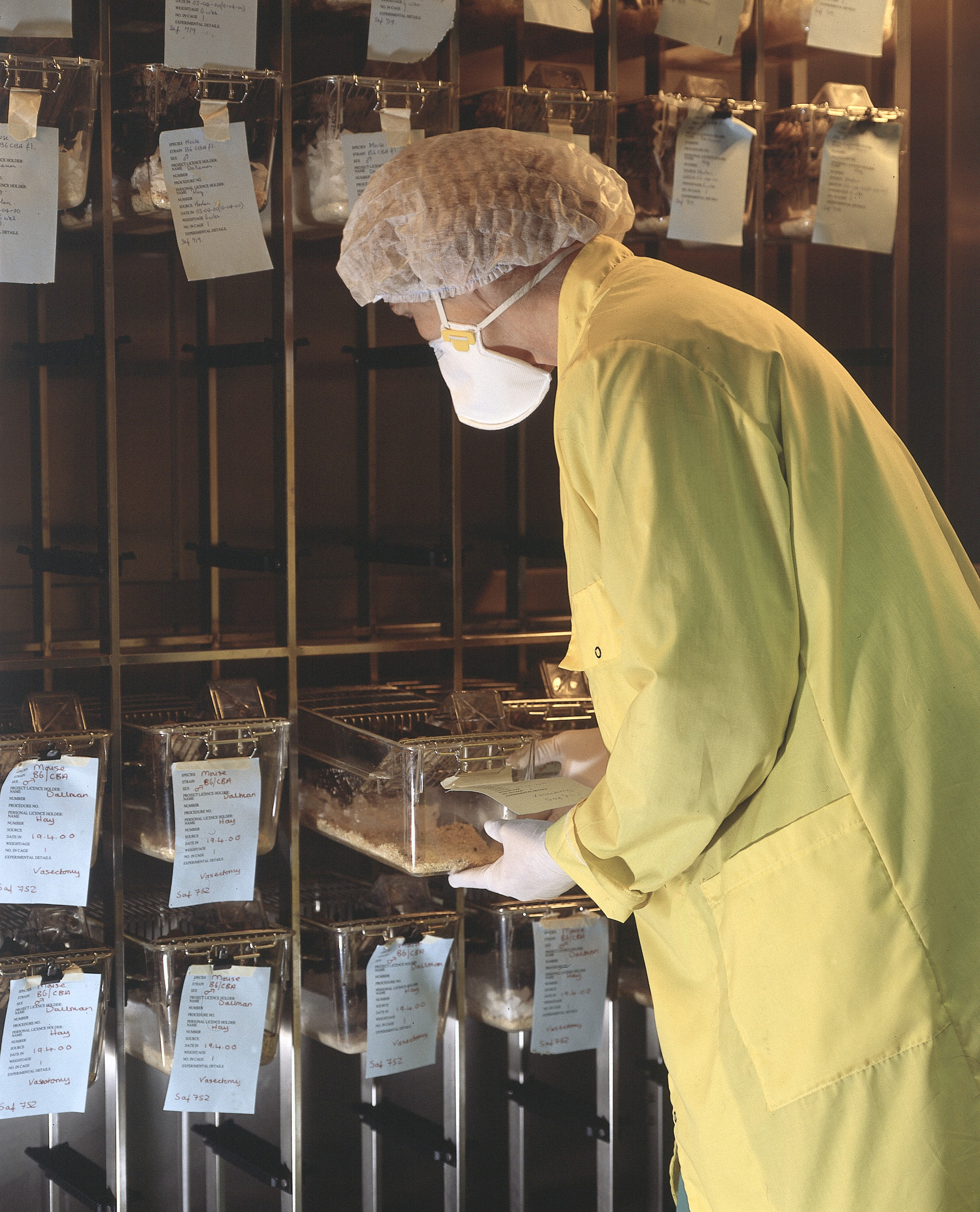 2013: In 2013, scientists were doing pioneering work in stem cell therapies with the aim of repairing human bones. They successfully transplanted human bone grown in a laboratory dish into mice. The transplantation involved a technique whereby skin cells were reprogrammed to act like stem cells, capable of undergoing further transformations into any tissue type. Once the stem cells were reprogrammed, certain chemicals were added, and the cells were placed on a scaffolding to give them structure. This was pioneering work, before 3D printed tissues had shown their potential, and only 4 years after the first human embryonic stem cells clinical trials had been approved by the FDA in the US to treat patients with spinal cord injuries.

Research in mice was also allowing for more fundamental discoveries about how the human body functions. Back in 2014, researchers in Israel and the US discovered that, contrary to popular medical and scientific opinion, the human kidney is able to regenerate itself. Until then, scientists had believed that the liver was the only human organ that could regenerate itself. Using genetically modified mice, the researchers were able to trace cell growth in the kidney, which reconstituted itself into the proper array of tubes and ducts. The researchers used a “rainbow mouse” model — genetically developed to give off fluorescent signals in cells — which allowed them to follow the fate of the cells. Using the mouse, the team was able to pinpoint a specific molecule responsible for renal cellular growth, which is known as the “WNT signal.” Once activated in specific precursor cells in each kidney segment, the WNT signal results in robust renal cellular growth and generation of long branches of cells.

The ultimate goal is to initiate human kidney repair to prevent the need for a kidney transplant.

In the search to cure Motor Neurone Disease (sometimes known as ALS or MND), a neurodegenerative disorder in which nerve cells progressively stop working throughout the spinal cord and the brain, mouse research has been promising. Animal studies had already suggested that MND could be prevented by replacing the mutated genes that cause some forms of the condition with normal versions. But delivering genes to nerve cells in the spine was a challenge. Researchers developed in mice a new method involving the injection of corrected genes beneath the tissues that protect the spinal cord. The technique corrected 89 per cent of genes associated with an inherited form of ALS and could take us a step closer to a gene therapy for ALS.

2018: That same year, research in mice advanced the work towards gene editing human embryos, with scientists showing it is possible to correct genetic problems in mice before they are born. Researchers used a form of the gene-editing tool, Crispr-Cas9, to introduce a mutation into a gene that would otherwise cause lethal liver failure in mice. While the approach had previously been shown to work in mice after birth, this study showed it was also possible to make the tweak before they were born.

2018 was also an important year for eye research. Researchers discovered that glaucoma, a blinding condition which affects nearly 500,000 people in Britain,

may be a curable autoimmune disease. The common eye problem was thought to occur when fluid builds up in the eye, crushing the optic nerve and causing irreversible damage to the retina. But scientists found that it may actually be the result of the body’s own immune system attacking cells in the eye which it mistakes for a bacterial infection.

Usually immune cells are barred from entering the eye to prevent inflammation, but in studies in mice, researchers proved that some immune cells were able to enter the eye and attack the retinal cells. When they looked for the same damaging immune cells in humans, researchers found people with glaucoma had five times the number compared to people with full vision.

2018: Researchers did some ground-breaking work regarding female infertility that same year. They found that the most common cause of female infertility – polycystic ovary syndrome – may be triggered before birth by excess exposure in the womb to a hormone called anti-Müllerian hormone. To test this idea, they injected excess anti-Müllerian hormone into pregnant mice. As their female offspring grew up, they displayed many of the hallmarks of polycystic ovary syndrome, including later puberty, infrequent ovulation, delays in falling pregnant, and fewer offspring.

The excess hormone seemed to trigger this effect by overstimulating a set of brain cells that raise the level of testosterone. The team were able to reverse this effect in the mice using cetrorelix, an IVF drug routinely used to control women’s hormones. After treatment with this drug, the mice stopped showing symptoms of polycystic ovary syndrome. Clinical trials are on the way and could make a real difference for women that suffer from the disease.

2018: The boundaries of reproductive science were further pushed in 2018 with the birth for the first time of healthy mice with two mothers. Mice with two fathers were also born, but only survived a couple of days, the Chinese team behind the work reported. The work explores a long-standing question in biology: that of why in mammals, equal genetic contributions from both a mother and a father are necessary. There is no imminent prospect of the techniques being used clinically in people, but the findings demonstrate that the biological barriers to same-sex reproduction can, technically, be overcome. 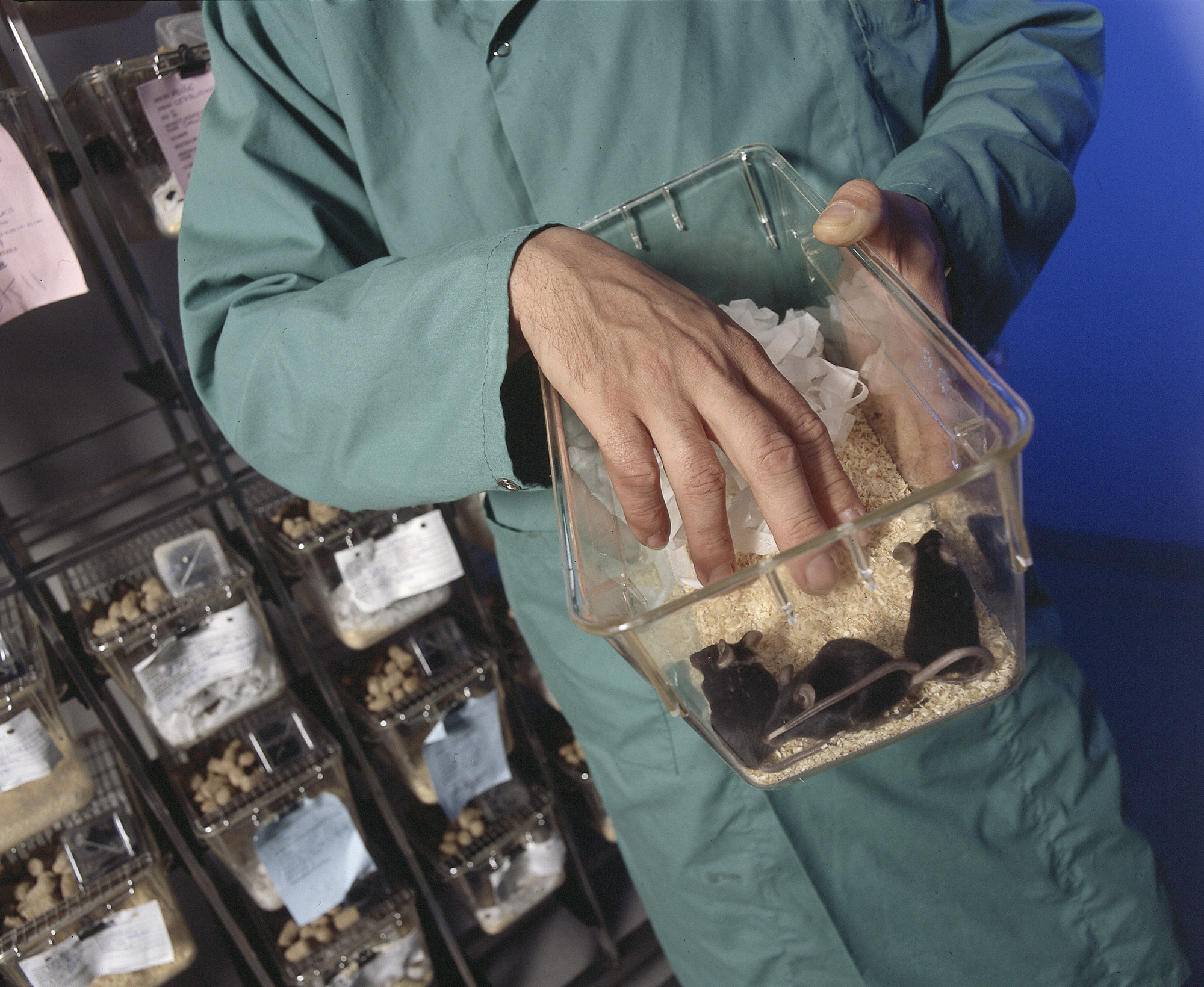 And this year, ground-breaking work is already being published, such as Mel Greaves’ work on the use of microbiota to stop children from developing leukaemia, experimenting on mice to find out which bugs are best at stimulating rodent immune systems. The aim would then be to follow up with trials on humans in two or three years.