The rare black-footed kittens, smaller than even a domestic cat, were born at the Audubon Nature Institute in New Orleans (they normally find themselves wandering the arid African savannah). Other than their adorability, what is most remarkable is that these kittens came from frozen embryos that were kept in storage for six years.

The black-footed cat embryos were created in the lab in 2005, remaining frozen until last December when they were transferred to a surrogate female called Bijou. Arriving on 13 February, the kittens are the first of their species to be born using this in-vitro technique.

By enabling embryos to be stocked for long periods of time, the technique could play a key role in saving endangered species, such as the black-footed cat, from extinction.

Experiments on animals were crucial to the development of IVF. As far back as 1891, Walter Heape, a physician at the University of Cambridge, made the first known embryo transplantation using different breeds of rabbit. He flushed embryos from the oviducts in an Angora rabbit and placed them into the uterus of a recently mated Belgian hare. The resulting healthy litter contained four Belgians and two Angoras. This was the first demonstration that embryos could be transferred to a surrogate carrier without it affecting their development.

But it was not until 1958 that the first live birth from in-vitro fertilisation and embryo transfer occured, again in rabbits.

Studies in rats, mice and hamsters throughout the 1950s, 60s and 70s were vital in developing a safe method of IVF for humans. For example, producing embryos in vitro requires a reliable culture medium. This was developed through experiments on hamster embryos. Likewise, research on the reproductive biology of mice led to a technique that enables scientists to harvest human eggs at the optimum stage of development, raising the chances of successful fertilisation.

These advances led to the first human IVF baby born in 1978. Professor Robert Edwards, who led that research, was awarded the Nobel Prize for Medicine last year.

Frozen embryos, like those the kittens were born from, are now routinely used in human IVF. The first ever birth from a frozen human embryo was in 1984, and since then it's estimated that up to half a million babes have been born from frozen human embryos.

This pioneering technology, developed using laboratory animals, is now being applied to help save the planet's most endangered species. 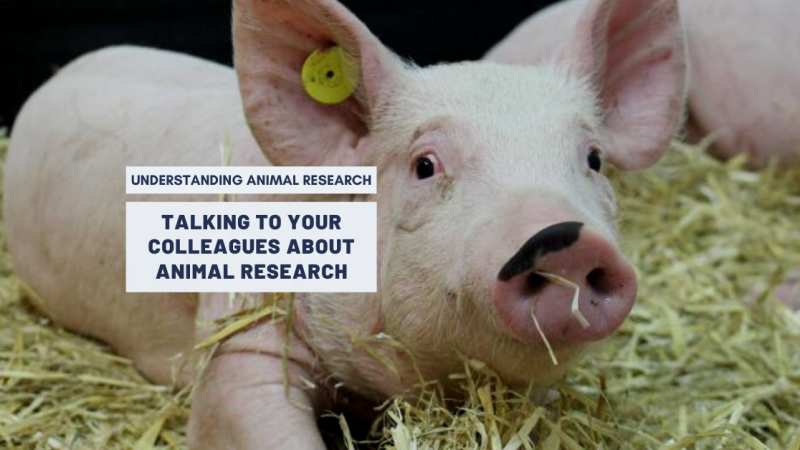 Talking to your colleagues about animal research