The government today released its annual statistics on the number of animals used in scientific, medical and veterinary research in 2017. The figures show that 3,789,373 procedures were conducted in Great Britain in 2017, 3.7% fewer than in 2016.

“GA animals are extremely valuable for exploring basic mechanisms of biology, increased understanding of which can lead to better treatments or cures for diseases and for better welfare and quality of life for humans and animals. Once generated, stocks of GA animals need to be maintained by breeding. Despite breeding being of no harm for the animals, indeed it is a normal activity that they likely enjoy, this has to be counted as a procedure under the Act. This greatly inflates the number of GA animals that appear in the annual stats, with often very few of them being used for any additional, perhaps invasive procedure.”

Animals are used alongside other techniques such as using cell cultures, human studies and computational models. These methods are used – often in tandem – to answer the key biological questions necessary to understand and treat disease.

“Animal research continues to play a vital part in the development of modern treatments and medicines. While the numbers of procedures may vary from year to year, we should be proud of the important contribution that the UK makes to scientific and medical advancement worldwide.”

While the government produces these statistics on an annual basis, more universities than ever before are openly publishing their own figures on their websites. This move towards greater transparency has been bolstered by the Concordat on Openness on Animal Research in the UK, which has been signed by 120 organisations since it launched in 2014. 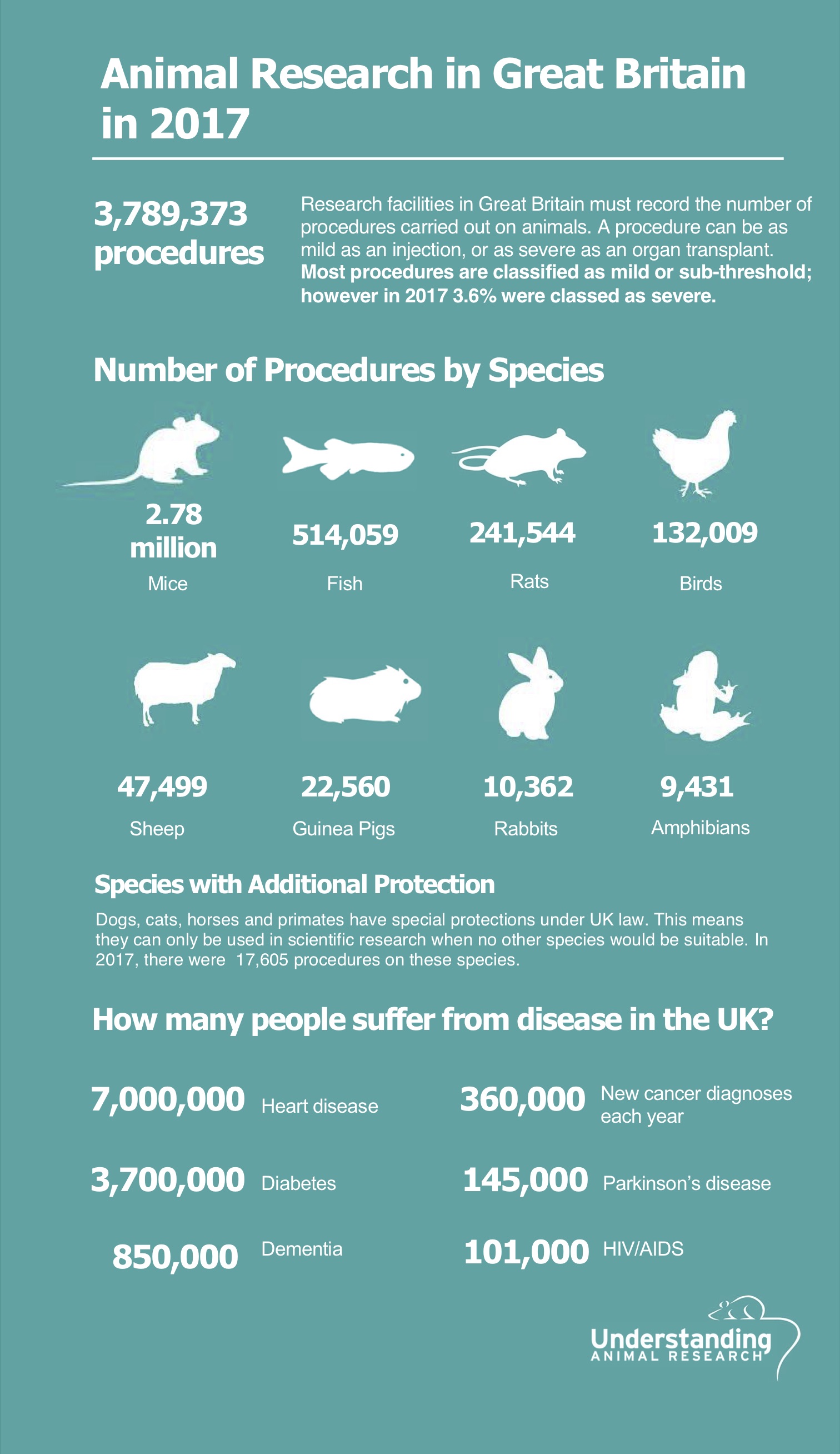