On the 5 July 1996, the most famous sheep of all times was born. As part of a larger study, researchers at the Roslin Institute of the University of Edinburgh successfully birthed a lamb in the lab — not from egg and sperm — but from DNA taken from an adult sheep’s mammary gland. They had in effect cloned a mammal.

Despite being neither the first cloned animal or mammal, nor the fruit of a particularly novel idea (cloning was first proposed in 1938 by the German embryologist Hans Spemann), Dolly the sheep made the front pages of newspapers around the world. She was the first ever mammal cloned with DNA from an adult cell and was thus genetically identical to the donor.

Expectations were high. With her birth came the promise of new ways to prevent disease, bring back lost animals, and even the prospect of cloned humans. However, a quarter of a century later, cloning seems to have disappeared from the spotlight. Somatic cell nuclear transfer (SCNT) — the form of cloning used with Dolly — has largely faded from public consciousness but it has left an impressive scientific legacy.

Despite having a small impact on human life, cloning has had a big impact on science, more than many expected.

The rise of cloning from genetic engineering

Over the last 50 years, scientists have conducted cloning experiments in a wide range of animals. In 1979, researchers produced the first genetically identical mice by splitting mouse embryos in the test tube and then implanting the resulting embryos into the wombs of adult female mice. Since then, cattle, sheep, cats, deer, dogs, horses, mules, ox, rabbits, rats and monkeys have been cloned using a variety of techniques.

Dolly was accidentally birthed from a project looking into manufacturing proteins to treat human diseases in the milk of animals. The idea was to genetically modify sheep to use an animal’s milk production system as a factory of sorts. Researchers weren’t looking to clone adult cells per se, but rather to find a way to work with embryonic stem cells to create genetically modified animals. While trying to make clones from foetal cells, they used adult cells as experimental controls — not expecting that they would actually generate an embryo of their own.

“The whole background to why the Roslin Institute cloned Dolly was to do with genetic engineering,” explained Professor Bruce Whitelaw, Director of the Roslin Institute. “Researchers wanted a better platform to do genetic engineering with. Back then, they would inject transgenes into fertilised eggs and hoped for a few animals to pick the transgene. But this was very inefficient. The cloning technology was developed because it relied on cells grown in culture and there was this desire to have a more efficient cell-based system to do genetic engineering. Today we have incredibly precise genome editing tools which means that these cell-based techniques are no longer needed as much, although some groups still use them to produce transgenic animals.”

Cloning identical animals has had many advantages, particularly for research. The first being that working with cloned animals decreases the genetic variation of animal models and therefore reduces the number of animals needed in research studies.

The impact of cloning on stem cell research

Dolly’s birth was transformative because it proved that the nucleus of the adult cell had all the DNA necessary to give rise to another animal. Although embryonic cells had been previously used to clone animals, Dolly was the first cloned animal derived from an adult cell. This greatly enriched stem cell research because it meant that it was possible to re-program an adult cell nucleus back to an embryonic stage.

Cloning’s biggest impact was probably in the field of stem cells. Dolly’s cloning notably motivated Professor Shinya Yamanaka to begin developing induced pluripotent stem cells derived from adult cells, in mice to start with. This accomplishment won him a Nobel Prize in 2012. Today, researchers use cloning techniques to produce embryonic stem cells for many fields of research.

These are amazing cells, which have the unique ability to generate virtually any types of cells in an organism in order to grow healthy tissue in the laboratory that can be used to replace injured or diseased tissue. In addition, it may be possible to learn more about the molecular causes of disease by studying embryonic stem cell lines from cloned embryos derived from animals or humans with different diseases. Finally, differentiated tissues derived from embryonic stem cells are excellent tools to test new therapeutic drugs. Their discovery has greatly reduced the use of animals in research.

As the list of successfully cloned animals grew, scientists began to explore cloning as a method for breeding animals belonging to endangered or extinct species. In 2003, the first cloning of an endangered animal took place with the banteng – a species of cattle found in Southeast Asia – demonstrating how cloning could be used to protect species from the risk of extinction. Cloning can also be used to increase the genetic pool of a very small population of animals. Researchers have succeeded in using cells that were isolated some 30 years ago from black footed ferrets, a species which used to be common on most of the prairies of America but is now very vulnerable. They were able to clone and birth animals that were distinct from the single remaining wild colony.

Working up from endangered to extinct species, scientists in 2009 used goats as egg donors and surrogates to clone the first extinct animal, a Spanish mountain goat called the bucardo. Sadly, the one kid that survived gestation died soon after birth due to a lung defect, but the experiment suggests that, theoretically, it might be possible to bring woolly mammoths, giant pandas, and perhaps even Neanderthal humans back to life. However, the challenge to cloning endangered and extinct species is finding closely enough related animals to serve as egg donors and surrogates, not to mention finding well enough conserved DNA from the original animal that it could be used to create a whole new organism. Making a clone requires an intact nucleus, which would not be available for most extinct species.

Today, actual cloning of animals remains limited to specific fields, and one of them is agriculture. Although the European Parliament voted to ban cloning animals for food, some agricultural cloning is used in the US and China to capitalise on the genes of a few extraordinary specimens. For example, outstanding polo horses or special pets can be cloned on demand. However, in such cases only a few specimens are concerned, and cloning has not, so far, helped breeders produce animals with improved qualities. Cloning, by nature, only copies and pastes, it doesn’t improve the genetic makeup of animals.

Science in the public eye

Prof Whitelaw explains that the legacy of cloning goes far beyond practical science because the headline-grabbing qualities of Dolly transformed public understanding and interest as well:

“It changed how the public looked at — and accelerated interest of the media in — this type of biology. And we've never gone back. That high interest in genetics, biology and reproduction technologies has stayed on since. As a society, we owe an awful lot to Dolly allowing for the sort of awareness which has certainly sparked many debates. It generated a huge amount of chat and dialogue between the different types of sciences.” 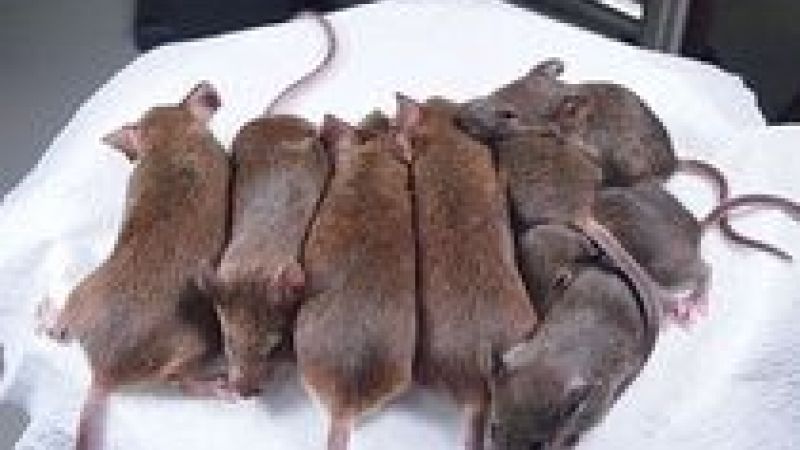 We have a lot of things to thank animals for; space travel and cloning are just two of them

Dolly is probably the most famous animal ever to take part in a scientific experiment.