Mark Henderson’s Science Matters column in today's Times Eureka gets our #ww Wednesday Winner award for communication about animal research (OK, it’s not Wednesday, but this column is a deserving winner).

Mark reviews the last 10 years of campaigning against animal research in the UK, and shows how some key individuals have turned it around. He praises Laura Cowell, a brave, bright and beautiful young woman who first spoke out for animal research as a teenager about 10 years ago. She suffered from cystic fibrosis, and sadly she died two months ago just before her 26th birthday. 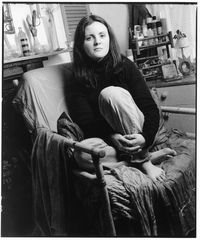 The teenaged Laura featured in one of our own publications, and she is pictured here as she was then, right.

'The scientific community’s nervousness about animal experiments, however, has not disappeared. Just days after Laura died, Animal Aid began a campaign against charities that fund animal research (it should be stressed that this is non-violent). Some have stuttered in response, for fear that donations will be affected. They should stand firm. As Laura’s example shows, most people will accept animal experiments if their rationale is clearly explained. Medical charities, blessed with public trust and support, are ideally placed to make that case in a way that resonates.'

The scientific community is generally more willing to be open about animal research, how it is conducted and why it is still needed. But more owe it to Laura to overcome their fears and speak out.