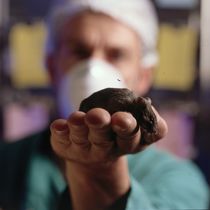 Today’s blog post by Chris Magee, Head of Policy and Media, explains how and why the controversial Section 24 “secrecy laws” are being changed. The government is seeking to make as much information as possible available to the public about animal research while ensuring the protection of researchers and intellectual property.

The Government has recently completed a consultation on Section 24 of the Animals (Scientific Procedures) Act 1986, the so-called “secrecy law”. Section 24 prevents public bodies including the government and universities from divulging certain details regarding animal experiments, and many anti-vivisection organisations have assumed that scientists like Section 24 for the secrecy it affords.

In practice, the opposite is true. Being open about what goes on in the lab is one of the best ways of countering the distorted picture of research painted by campaigners and in a practical sense Section 24 clashes with the Freedom of Information Act (FOIA). Many public bodies are technically breaking the law whether they release the information or not and it can fall to their legal briefs to inform a decision on data release.

Section 24 is thus being reformed. The government is offering 4 options: keep it, bin it, and two flavours of binning it but creating a new offence of malicious release of information, one adding legal protections for people, place and intellectual property (IP).

It’s this last option which the government prefers and we agree. The threat of violence has radically diminished since its nineties peak, not least because several key activists were jailed, but should it return, it would be a tragedy if the only viable option was to return to secrecy.

Equally, intellectual property is the lifeblood of the UK’s university sector. The government, in holding information about these projects, as well as institutions themselves, cannot be left in a position in which they can be bounced into releasing anything which would put the sector at a competitive disadvantage if there’s no appreciable benefit to the public. If nothing else, one can imagine this would push a good number of projects away from the public sector, and the public gaze.

The way forward, then, is to decouple descriptions of what happens to the animals from people, places and IP, offering protections to researchers whilst releasing as much information about their work as possible. Many anti-vivisection groups seem to agree with this principle, although they may disagree about the scope of the FOIA, which many of them seem to think offers sufficient exemptions for people, places and IP. The FOIA does add some protections, but it’s important to be explicit about these things. Instead of brainstorming categories of information that should potentially be exempted, it’s simpler to just have an exemption for people, places and IP regardless of category. This way, if an area of research opens up in the future that goes beyond the FOIA exemptions, researchers are still protected and the public still gets to learn about the experiments.

In general, however, Section 24 is out of step with modern thinking on openness, it puts public bodies in a legal quandary, it’s a barrier to explaining to the public what research is all about and the UK biosciences sector will be delighted to see the back of it. The response of the UK Biosciences Coalition to the government consultation on Section 24 can be found here.