The first post in our new series of blog posts written by staff at Understanding Animal Research. This blog posts will come out each Tuesday and Thursday. Our first post is by Campaigns Manager, Tom Holder, and discusses a new tactic being used locally by animal rights groups.

It can be tough for new animal rights groups to get any media attention, but one young group has seemingly cracked the magic formula for local coverage. The Anti Vivisection Coalition (AVC), a British off-shoot of Dutch activist group Anti Dierproeven Coalitie, has been gaining considerable media coverage at the expense of the universities it maligns. Despite being run by twice convicted activist, Luke Steele (Director of Campaigns and former “Head of the AVC”), the organisation is giving itself the impression of being an established anti-animal research group.

A clear pattern has emerged in their local activity.

Step 1: Send a Freedom of Information (FOI) request to a University for animal research statistics

The AVC has sent FOI requests for the numbers of animals used in research to a large number of universities including the University of Brighton, Durham University and Keele University in the last three months.

Step 2: Turn the FOI response into a press release

The university’s response was then repackaged into an AVC press release (e.g. for University of Brighton) condemning the “shocking” number of animal experiments being conducted and then sent out to local newspaper.

This tactic has helped AVC push their agenda into many local newspapers. The Argus(Brighton) and The Northern Echo (Durham) both dutifully reproduced the AVC press releases with a few additional comments from the University. However, it was the Keele University student newspaper, Concourse, and the university spokesman, who took the AVC to town for its misleading claims. For example,

The statement that the number of animal experiments performed at Keele University has risen by 20% since 2012 is also misleading.Our management of the phased improvement works meant that animal experiments were scaled back in 2012 and many had to cease temporarily to allow the works to be completed. As a result, the recorded figures were artificially low for 2012 and would therefore appear to have increased in 2013 as work came back on-stream following the improvements. Over a longer period of time there has been no increase in the number of experiments.

However, the AVC’s successes at gaining local coverage have caught the attention of national animal rights groups. Animal Aid – who traditionally dominated local animal rights coverage – recently used the same FOI-Press Release pattern against the University of Surrey. One month later, the National Anti-Vivisection Society (NAVS) did the same thing to the University of Birmingham. Clearly the competition for local coverage is beginning to heat up. 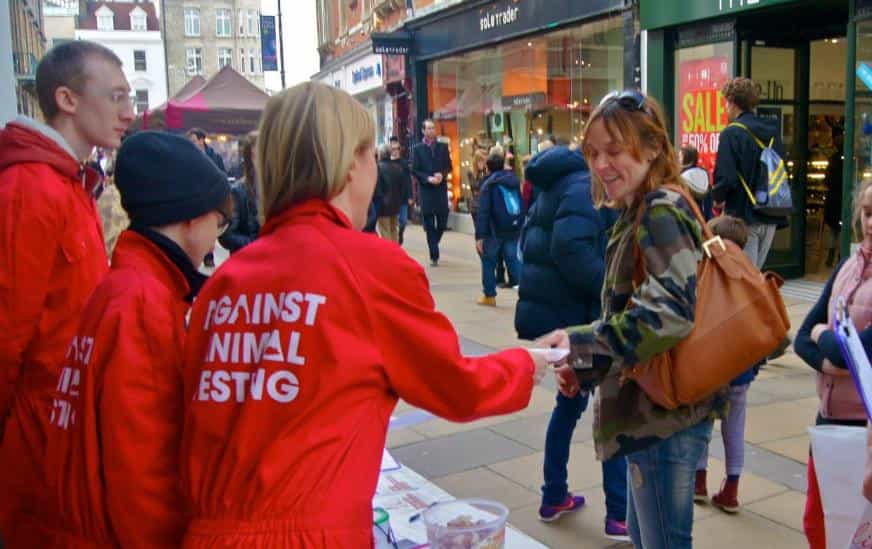 The Anti Vivisection Coalition have often followed up their press releases with local events, such as this one in Cambridge

What can research institutions do?

So what can institutions do to protect themselves? Activists are exploiting a gap in the information that is made publicly available to make it appear that they have forced institutions into releasing data they didn’t want to give out. Add in the “context” that animal rights groups put into their press releases and it amounts to a negative story for the research institution.

It should also be noted that Section 22 of the Freedom of information guidance: “exempts information requested by an applicant if it is intended for future publication”. So, provided you have a process for publishing your animal research statistics each year, you should not be required to provide those statistics to individual enquiries. You can note that your most recent animal research statistics exist online, and that the most recent data will be made available when it is collated.

Nonetheless, such activities will not mean the end of FOIs. There are many questions that people have about the nature of the research conducted at your institution, and these will continue to need to be answered as usual. But the more information you provide proactively on your website, the less animal rights groups can suggest you are hiding. 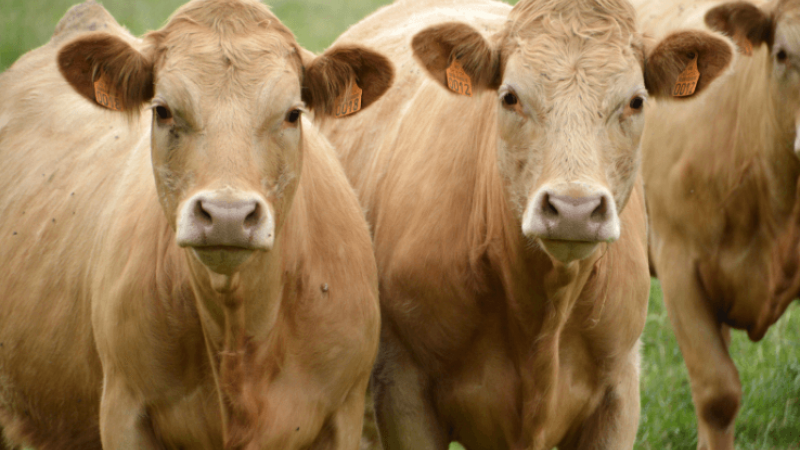 Freedom of Information - judgement on confidentiality clause at a university

Recently, a tribunal ruled that under the Freedom of Information Act a university can be said to 'hold' project licences (irrespective of how they are actually stored at the university) and that section 24 of the Animals (Scientific Procedures) Act 1986 (ASPA) would not prevent disclosure of information from the project licences.