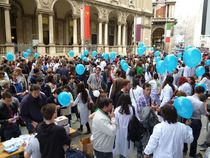 On Saturday 1st June 2013, Pro-Test Italia held a rally in support of the important role that animals play in biomedical research. Pro-Test Italia is an modelled on the UK movement, Pro-Test, which was founded by Laurie Pycroft in Oxford in 2006. The rally came a few months after activists broke into the University of Milan and made off with around 100 animals being used in psychiatric research.

Researchers came together in the centre of Milan, close to the iconic Milan Cathedral, to listen to speeches about the importance of animal models, and how they are used, both now and in the past. The mood was jubilant, with over 300 people standing together to shout “We fight for research, we fight for life”. However, the scientists were not the only group present, around 30 animal rights activists stood the other side of a police line, attempting to intimidate the researchers who had dared stand up for the work that they do.

Undeterred by the activists, the mass of scientists listening and cheered a string of speakers. Daria Giovannoni, President of Pro-Test Italia thanked all for coming; Dr Alessandro Papale explained why researchers must be open about what they do; Prof Nicole De Rosbo spoke of her research combatting Multiple Sclerosis; and Nadia Malavasi, honourary president of the thalidomide association, TAIonlus, explained how the lack of animal research resulted in the thalidomide disaster of the 1960s. UAR campaigns manager, Tom Holder, had to be translated as he celebrated the important strides that Pro-Test Italia were taking in opening up the public dialogue on animal testing. 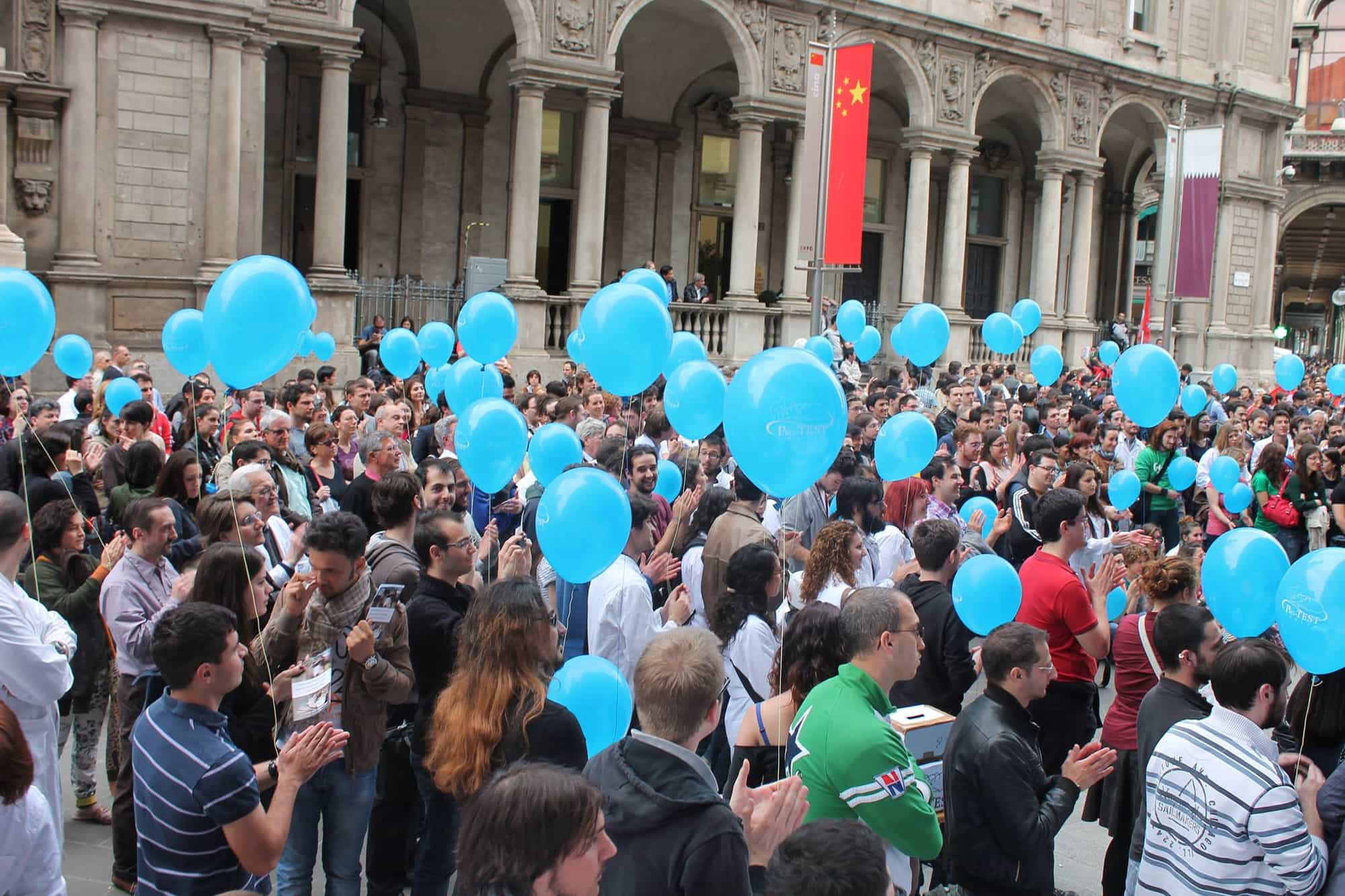 Next Giuliano Grignaschi, of the Basel Declaration Association, handed over its Call for Solidarity, a petition of over 5,500 names in support of the researchers in Milan affected by animal rights extremism, to Bice Chini – a representative of the University.

Further speeches were made by researcher Alberto Ferrari and MD Dr Marco Delli Zotti who both spoke about the role of animals in their respective fields. The event was wrapped up by Daria Giovannoni, and the Pro-Test Italia compere, Dario Padovan.

UAR fully support scientists engaging with the public and media on this often controversial subject. Members of Pro-Test Italia have also organised a series of lectures to take place on scientific issues (including animal research) all over Italy.

A full write up of the day’s events by Speaking of Research.