Animal models are used by scientists to replicate human diseases in another living animal, allowing them to study the biology of the disease and test potential treatments. Some are artificially generated using genetic engineering or induced with food regimes, while others occur naturally. A new opossum model has been developed to mimic nonalcoholic steatohepatitis, which resembles alcoholic liver disease but occurs in people who drink little or no alcohol. The development could be an important step in the study of the common liver disease.

Opossums (also known simply as possums) are marsupials, like Kangaroos and koala bears, but are native to the Americas. They are small and solitary creatures, meaning they can be kept in cages alone.

Scientists working with the animals noticed that some of their opossums developed unusually fatty-livers. Genetic testing found that that they had a mutated ABCB4 gene, which affects their ability to secrete excess cholesterol from the liver. Usually cholesterol is secreted into bile which, in turn, transports the cholesterol to the intestines for excretion from the body. As a consequence, opossums with the mutated gene accumulated cholesterol in the liver, which then also seeped into the bloodstream. These opossums developed elevated cholesterol and fatty liver disease when fed a high cholesterol and high fat diet, just like people with nonalcoholic steatohepatitis. These shared symptoms now provide scientists the opportunity to better understand the condition and develop treatments. 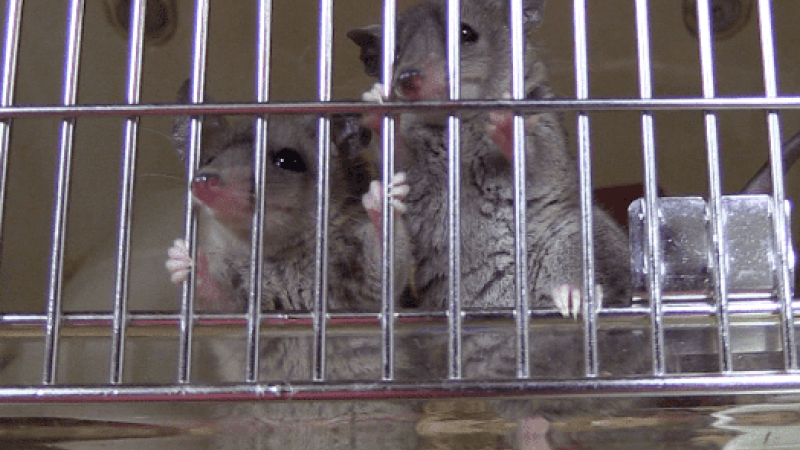 Mice could be more useful in the study of hepatitis than previously thought, as research into the possibility of growing a human liver in a mouse has proven successful. 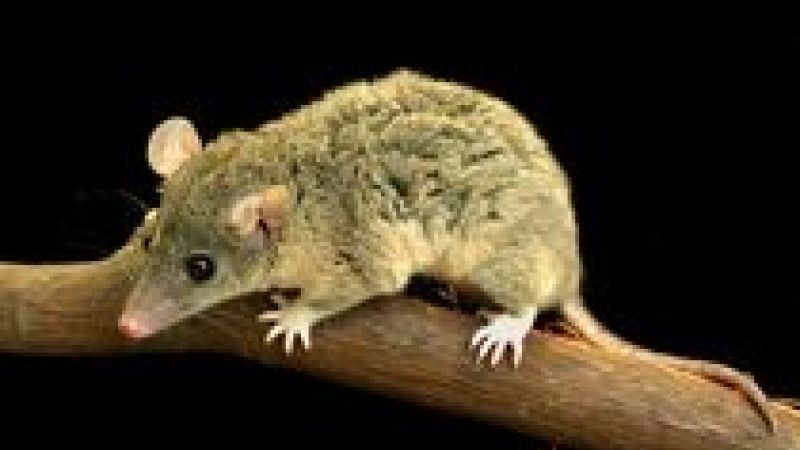 Opossums are very keen on baby custard as you can see from the video clip.