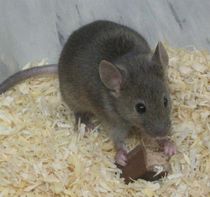 Over 120 million people worldwide are chronically infected with Hepatitis C and most of them don’t know it. The only signs will be decades after infection, when liver cancer or cirrhosis set in. By then it is too late. There is no cure and there is no vaccine.

Development of treatments for Hepatitis C has been hampered in no small part because of a lack of animal models for research. Only humans and chimpanzees can be infected with the virus. Scientists have learnt a lot about the hepatitis C virus (HCV) from research on chimpanzees over the past few decades, but now the US (the last developed country to conduct chimpanzee research) will dramatically reduce the use of federally-funded chimpanzees.

‘I think that’s a good thing. Chimpanzees have taught us a lot about the hepatitis C virus, without them it would have taken significantly longer to even identify it as a virus. So there were a lot of benefits from using chimpanzees in biomedical research in general,’ says Marcus Dorner, researcher at Imperial College London. ‘Even though they were allowed previously, chimpanzee studies have always been ethically questionable. They weren’t all in vain; we’ve learned a lot, but ultimately it was a good thing that we got rid of chimpanzee research. I’m totally supportive of that.’

Dorner and his colleagues at Rockefeller University, USA, have succeeded in developing a genetically-engineered mouse where the virus can infect cells and replicate as it would in humans. This could have a big impact on the development of a vaccine, where scientists need to see how the immune system responds, which is not possible with cell cultures. ‘You can do a lot of things with in vitro systems; they have developed quite a bit. There are now a lot of tools that allow extensive studies of a lot of aspects of the hepatitis C virus. But the problem with that is you can only answer a certain subset of questions – you cannot do immunology if you only have liver cells. For a lot of things you a need a functional model system that allows you to answer these questions.’

The new mouse has been genetically modified so that its liver cells have the same receptors on their surface as human liver cells, which allow HCV to recognise it and infect the cells. However, infection is only the first stage of the virus’s lifecycle – it still needs to replicate.

Once the virus infects the mouse, it is attacked by the innate immune system. This simply recognises that a virus is present and produces interferon proteins that prevent the virus from replicating. HCV has evolved to evade the human innate immune system, but it is vulnerable in the mouse. By blocking the mouse’s genes for producing interferon, Dorner could see HCV surviving past the initial infection and start to replicate in the mouse’s liver cells. 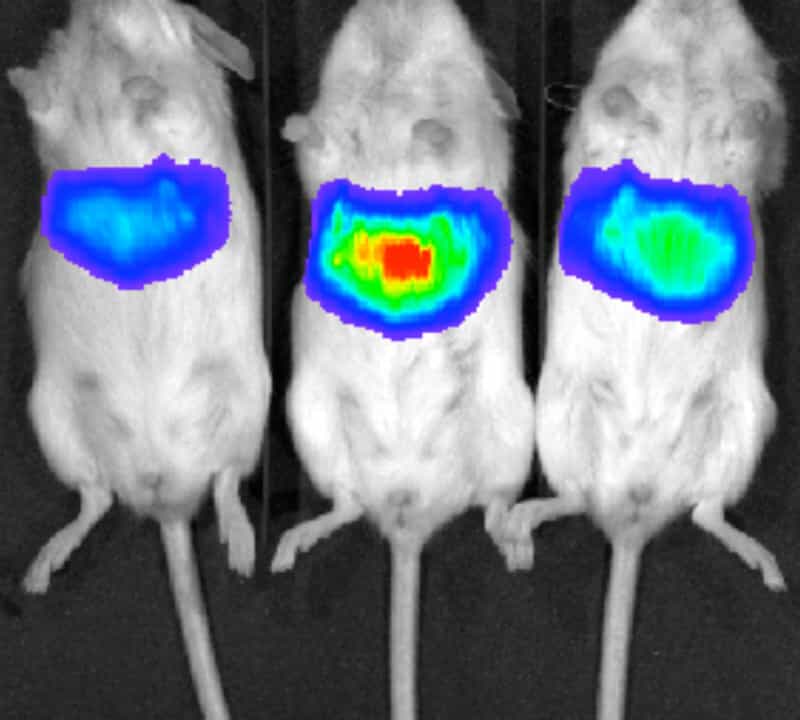 The mice and the virus were genetically engineered so that that the liver cells would glow when the virus replicated. This meant that the progress of the infection in a mouse could be followed from day to day by placing the anaesthetised mouse in an imager (see picture). Without this system biopsies would need to be taken at set time intervals from many more mice.

The previous ‘gold standard’ for HCV mouse models is mice with human liver cells. This requires genetically modifying the mice to suffer liver damage so that implanted human liver cells can grow to make up 90% of the liver. This comes with the heavy cost of kidney damage, weakened immune system and a 60% attrition rate for the mice. As well as the ethical cost, the treatment for the mice is very expensive and it is difficult to raise enough mice to produce reliable results. It is hoped that the new mouse model will replace this and reduce the number of animals used.

Dorner has recently moved to Imperial College and is now turning his hand to other chronic diseases like hepatitis B, Dengue fever and HIV. “I’m bringing this mouse model with me to Imperial, and here it will most likely be a collaborative tool for people to use. These mice are a tool to answer questions that they have in a more relevant model system.”

One aim is to apply the same technique to developing a similar mouse model for hepatitis B. Even though there is already a vaccine for hepatitis B, over 300 million people are chronically infected worldwide. As Dorner points out: “If you look at the total numbers it is a huge problem. For everybody that is chronically infected it is a lifelong burden, even if it doesn’t develop any disease they need to take drug treatments for the rest of their lives and those drugs don’t come cheap.” Unlike hepatitis C, there are no cell cultures for studying hepatitis B so a new animal model could make a big difference towards developing new treatments for these millions of people.

Last Sunday was World Hepatitis Day, a day to highlight the ‘forgotten’ diseases of hepatitis B and C which kill over 1 million people per year, as many as HIV/AIDS. New advances are sorely needed and these new mouse models could have a big impact. 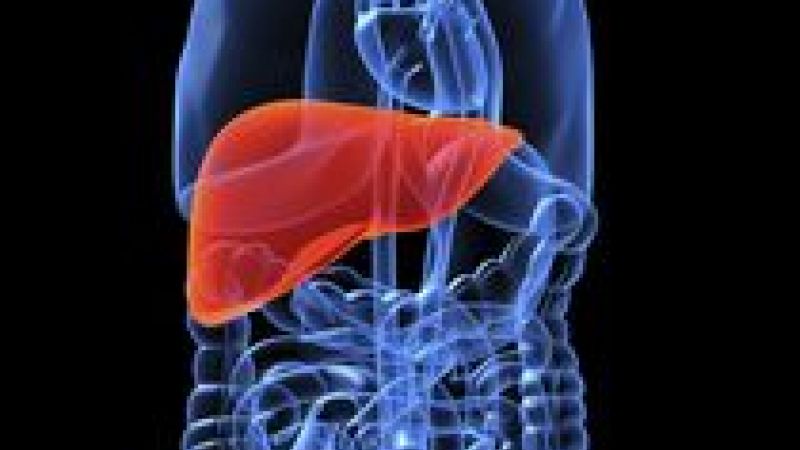 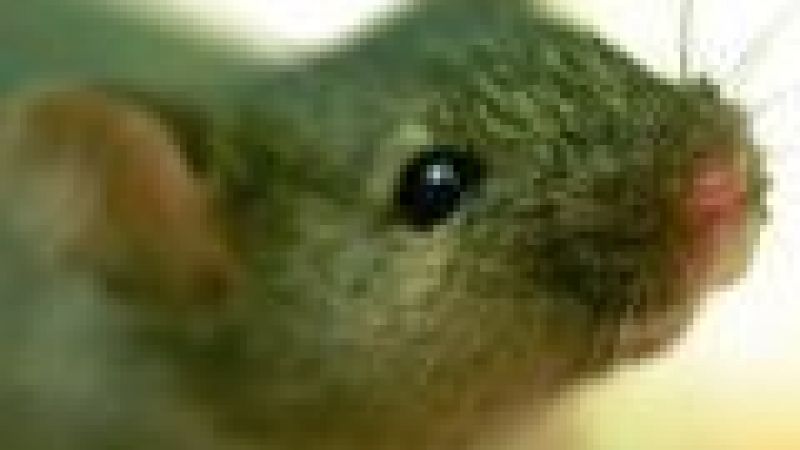 The hepatitis C virus infects in the region of 170 million people around the world and creates an increased risk of cirrhosis, liver failure and cancer.

Mice could be more useful in the study of hepatitis than previously thought, as research into the possibility of growing a human liver in a mouse has proven successful.