Some cone snails send fish to sleep with sedatives before they kill and eat them, some stun them with a shock of nerve-toxin, some kill them outright with a cocktail of poisons, so toxic there are at least thirty cases of humans dying after picking up these sea-snails.

The cone snails have evolved toxins so deadly, so specific and so varied that they have provided neuroscientists with a cornucopia of chemicals to investigate the workings of nerves, their connections and transmitters, and the basis for drugs such as the pain-killer Ziconotide.

Cone snails hide during the day, but come the night they emerge to track down their prey. They follow the scent of a sleeping fish until they are close enough to fire out a venom filled harpoon-like dart. The venom causes instant paralysis leaving the snail free to reel in its prey by drawing in a thin cord attached to the dart. All it has to do to enjoy its meal is to hugely distend its mouth and engulf the fish.

The snails hunting darts are hollowed out radula teeth with backward-pointing barbs. Each dart can be as much as 1 cm long and is used just once. The darts are shot out by a sharp squeeze of a venom bulb.

When Dutch naturalist Georg Eberhard Rumphius was working for the Dutch East Indian Company in the early 18th century he wrote about an Indonesian girl picking up a shell, feeling a 'tickling sensation' in her hand and then dropping down dead.*

The severity of the sting depends on the species: most will not kill but their conotoxins can cause pain that lasts weeks, however the Geography Cone Snail (Conus geographicus - below) has killed seven out of ten of those unfortunate enough to be 'stung'.

Baldomero Olivera started to unpick the conotoxins in the 1980s. He fractionated the venom and injected the fractions into mice clinging upside onto a frame - and then measured their 'falling time'. Only some of the fractions caused paralysis.

Next the fractions were injected directly into the nervous systems of mice. Depending on the fraction, mice would scratch or tremble or fall into a trance for 24 hours before wakening into a state of agitation.

It seemed that the conotoxins were affecting different parts of the nervous system in different ways.

Now, twenty five years later, we know that each snail makes a blend of 50 - 200 peptides, mixed to a toxic perfection to block or open the ion channels in a nerve membrane - an ideal way to disrupt nerve impulses.

A single conotoxin will only bind with a single type of nerve ion-channel. This makes the conotoxins a very precise and effective tool for research. Neuroscientists can reach into this toxic tool chest and switch on or off the precise component of the nervous system they are studying.

It has taken 50 million years for snails to evolve to catch fish. Their toxins are becoming the basis for medicines, but the venom has to be collected.

Specialised snail collectors are providing labs with kilogrammes of venom ducts - extracted from 10,000 snails. This collection has probably impacted wild populations. Endemic species are particularly vulnerable, but all shelled creatures are now at risk from the acidification of our oceans.

Cone snails are yet another example where our self-interest is served by decarbonising our power supply and arresting the planetary changes our civilisation is causing.

*All of the above was drawn from Spirals in Time. To find out why cone snails are so venomous and the answers to many other questions about molluscs I highly recommended this book. 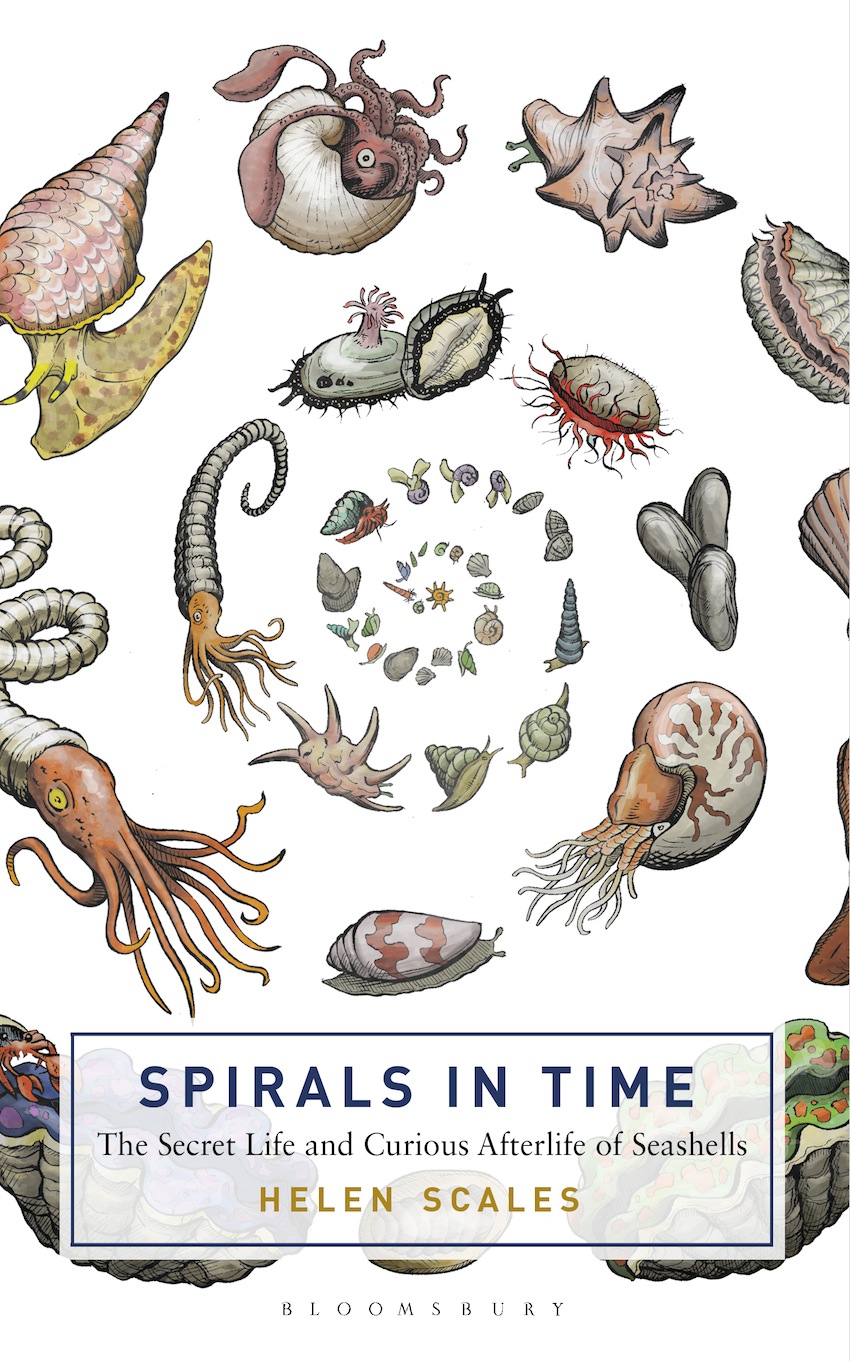 The Secret Life and Curious Afterlife of Seashells