Leprosy is a chronic bacteria disease that causes permanent damage to the skin, nerves and limbs if left untreated.

Around a quarter of a million new cases of leprosy are detected worldwide each year, mostly resulting from human to human transmission. But there also remains a small pocket of approximately 150 new cases in the US each year whose origin has remained a mystery.

Scientists now think these patients could be catching the disease from armadillos.

Researchers found that both human and armadillo leprosy sufferers in the US share the same strain of bacteria. As armadillos and humans are the only hosts for the bacteria, leprosy is likely to be transmitted from armadillos to humans.

The unique strain of bacteria was found in 28 of 33 wild armadillos that had leprosy and in 25 of 39 leprosy patients who had never been to other parts of the world affected by leprosy.

Eight of the patients in the study had previous contact with armadillos, including one who regularly hunted and ate the animals. The researchers warn that direct contact with and consumption of armadillos should be avoided.

Hard on the outside, soft on the inside, and just the right temperature... 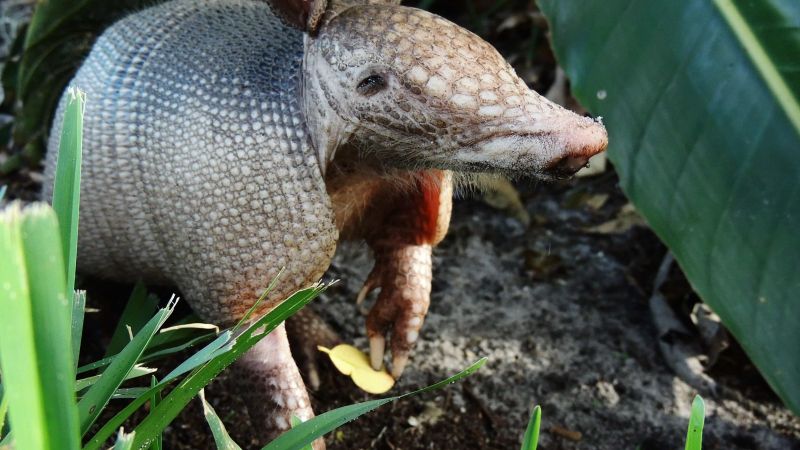 Armadillos roll out treatments for leprosy