The Home Office has just released the animal research statistics for 2012. They present information about animal research in the UK such as the number of ‘procedures’ performed, what they were for, and who was doing them.

Below are some the numbers, including the changes from the previous year. Note that the figures relate to the number of procedures; the total number of animals is slightly less as some animals may be involved in more than one procedure.

Dogs, cats and primates together account for less than 0.2% of procedures (1.4% by number of animals) however there was a rise in the number of procedures in both primates and dogs. Primate procedures rose 22% on last year; however this is partly due to a large drop in primate procedures in 2011 and the figure remains 36% lower than in 2010 (see graph below). Overall, there has been a general decline in the number of primates used since 1988, from over 6,000 down to 3,020. Primates remain important to research into neurodegenerative conditions, such as Parkinson’s disease, which are becoming increasingly prevalent in ageing developed countries. They are also used to test the safety and efficacy of new biological treatments, such as drugs to treat cancer and auto-immune diseases. 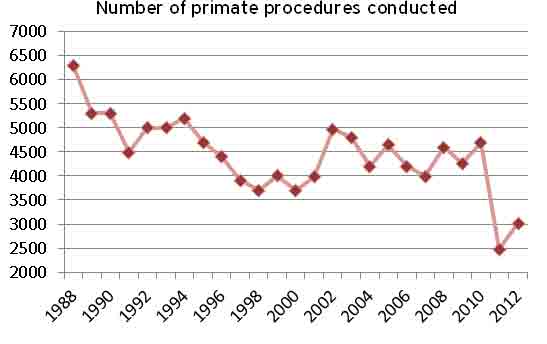 The rise in procedures also masks fantastic work carried out by the NC3Rs and individual institutions to Refine, Replace and Reduce animals in research. New technologies, such as organs-on-a-chip may allow scientists to replace some areas of research which previously involved animals, and many more non-animal methods continue to be developed and used.

Our image library has more infographics putting animal research, particularly using GM mice, into context:
Number of animal used for research in the UK in 2012
Why do we want to study mouse genetics?
Genetic modifcations in mice allow us to better understand human diseases
How does the number of animals used in research compare to those used for food? 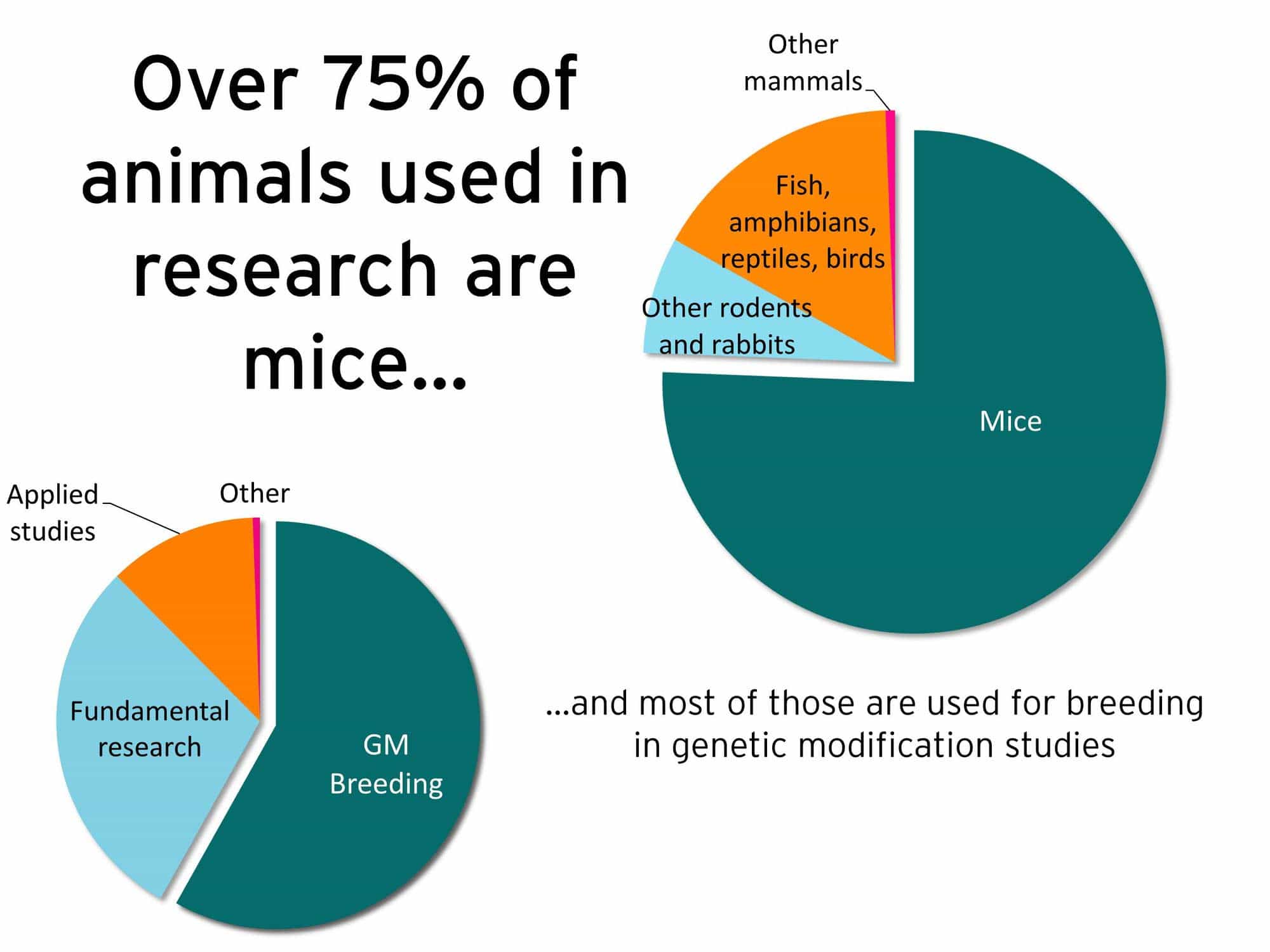 For comment please contact Chris Magee (tel 020 3675 1234).
Graphics and images that can be used to illustrate articles about the Home Office announcement are available from our resource library here.