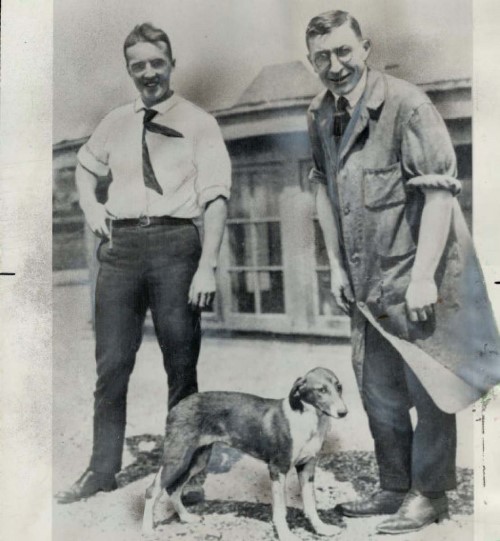 Surgeon Frederick Banting and graduate student Charles Best found that injections of pancreatic cell extracts relieved diabetic symptoms in dogs. The extracts contained insulin, which was then purified using a technique developed in rabbits. Diabetes has been known for thousands of years. Symptoms include raging thirst, rapid weight loss, tiredness and passing large quantities of sugary urine. Type I, or insulin dependant, diabetes is rapidly fatal unless treated by replacing the insulin which is lacking in the blood stream. The discovery, isolation and purification of insulin in the 1920s was a significant medical advance, preventing premature deaths in many sufferers.

Canine distemper virus is a highly infectious viral disease of dogs which can cause mild signs in some individuals, but may be fatal in others.