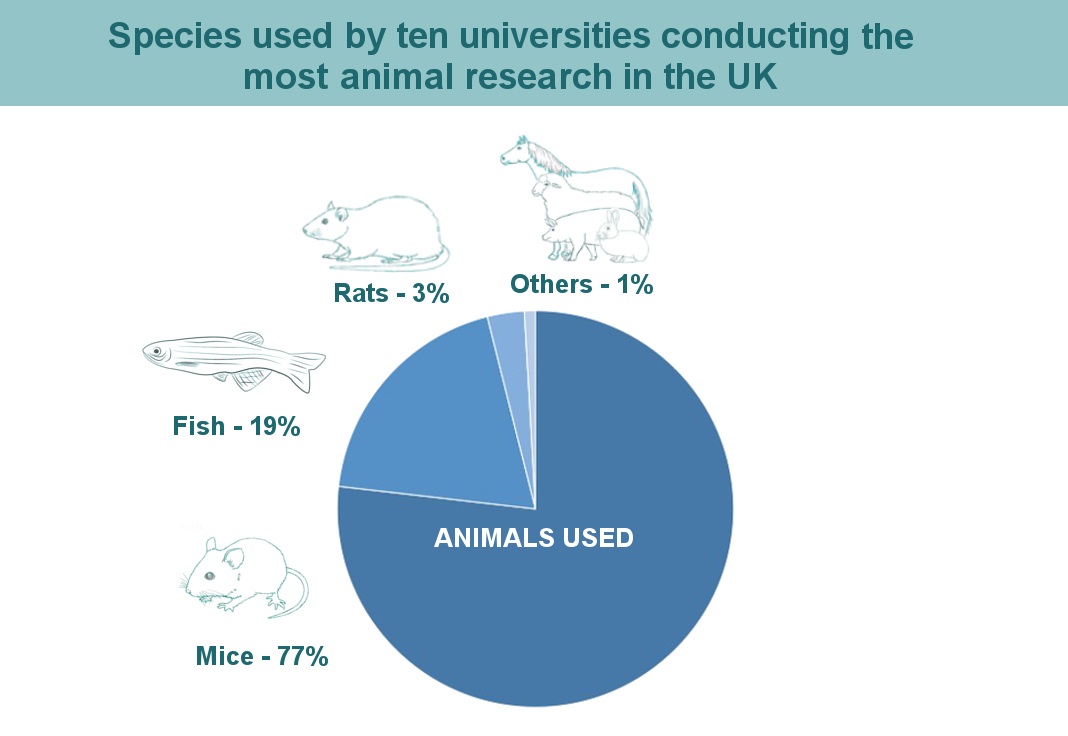 As part of the ongoing commitment to greater openness about animal research, the ten universities which conduct the most animal procedures have publicised their figures today, revealing that they collectively conducted a third of all UK animal research in 2016.* All ten universities appear in the QS World University Ranking Top 100.**

The top ten institutions conduct more than two thirds of all UK university animal research between them, completing a combined total of 1.4 million procedures. Over 99% of these procedures were carried out on rodents or fish, and in line with national data they were almost evenly split between experimental work and the breeding of genetically modified animals. 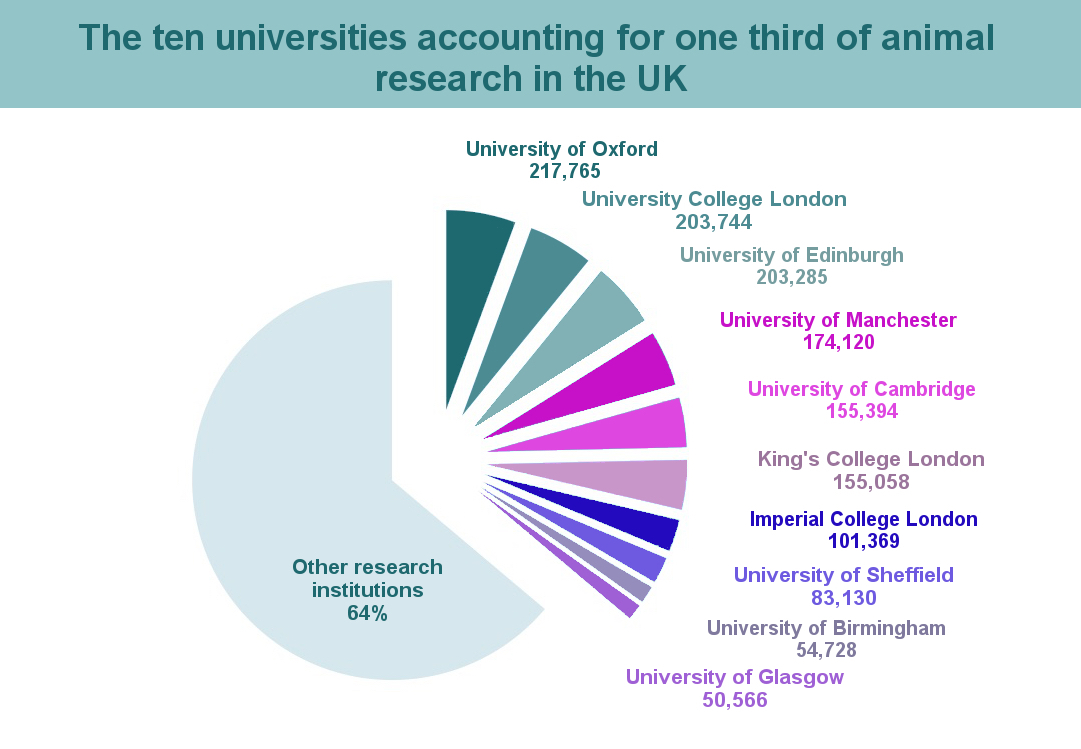 The ten universities are listed below alongside the total number of procedures that they carried out in 2016. Each institution’s name links to its animal research webpage which includes more detailed statistics. This is the second year in a row universities have come together to collectively publicise their numbers and examples of their research.

Wendy Jarrett, Chief Executive of Understanding Animal Research, which developed the Concordat on Openness, said:
“The Concordat has fostered a culture of openness at research institutions up and down the country. Institutions now provide an unprecedented level of information about how and why they conduct medical, veterinary and scientific research using animals. Almost two-thirds of the university Concordat signatories provide their animal numbers openly on their website – accounting for almost 90% of all animal research at UK universities. “

Animal research has played a key role in the development of virtually every medicine that we take for granted today. However, despite decades of dedicated research, many widespread and debilitating conditions are still untreatable. Medical research is a slow process with no easy answers, but animal research helps to take us incrementally closer to treatments for cancer, dementia, stroke and many other debilitating conditions.

Professor Gavin Screaton, Head of the Medical Sciences Division at the University of Oxford, commented:
‘Many of the medicines and treatments that we take for granted today have been developed through research using animals. Animal studies, the majority of which involve mice or fish, have helped improve treatments for such life-threatening human conditions as cancer, stroke, heart disease, diabetes, HIV, malaria, tuberculosis, Alzheimer’s, Parkinson’s and muscular dystrophy. While this research brings immense  benefits to human health, at Oxford we continually strive to minimise the number of animals used, and look to replace animals with other methods wherever possible.’

While many animal studies do not lead directly to treatments for diseases, ‘basic’ or ‘fundamental’ research helps scientists to understand different processes in the body and how they can go wrong, underpinning future efforts to diagnose and treat various conditions. Additionally, many studies will show that a line of research is not worth pursuing. Although this can be disappointing, such research is incredibly valuable as scientists need to know which methods do not work and why so that they can develop new ones. Animal studies can also help to answer a wide range of research questions that are not directly related to diseases, such as exploring how genes determine traits or how brain functions develop.

“As a world-leading medical research institution, animal research forms a small but vital part of UCL’s biomedical research as we seek new ways to benefit human health. As there are many misconceptions about how animal studies are conducted and regulated, and the considerable benefit they yield, it is important that we talk about it clearly and openly to show how it contributes to medical advances and how we are working to reduce, replace and refine our use of animals where possible.” 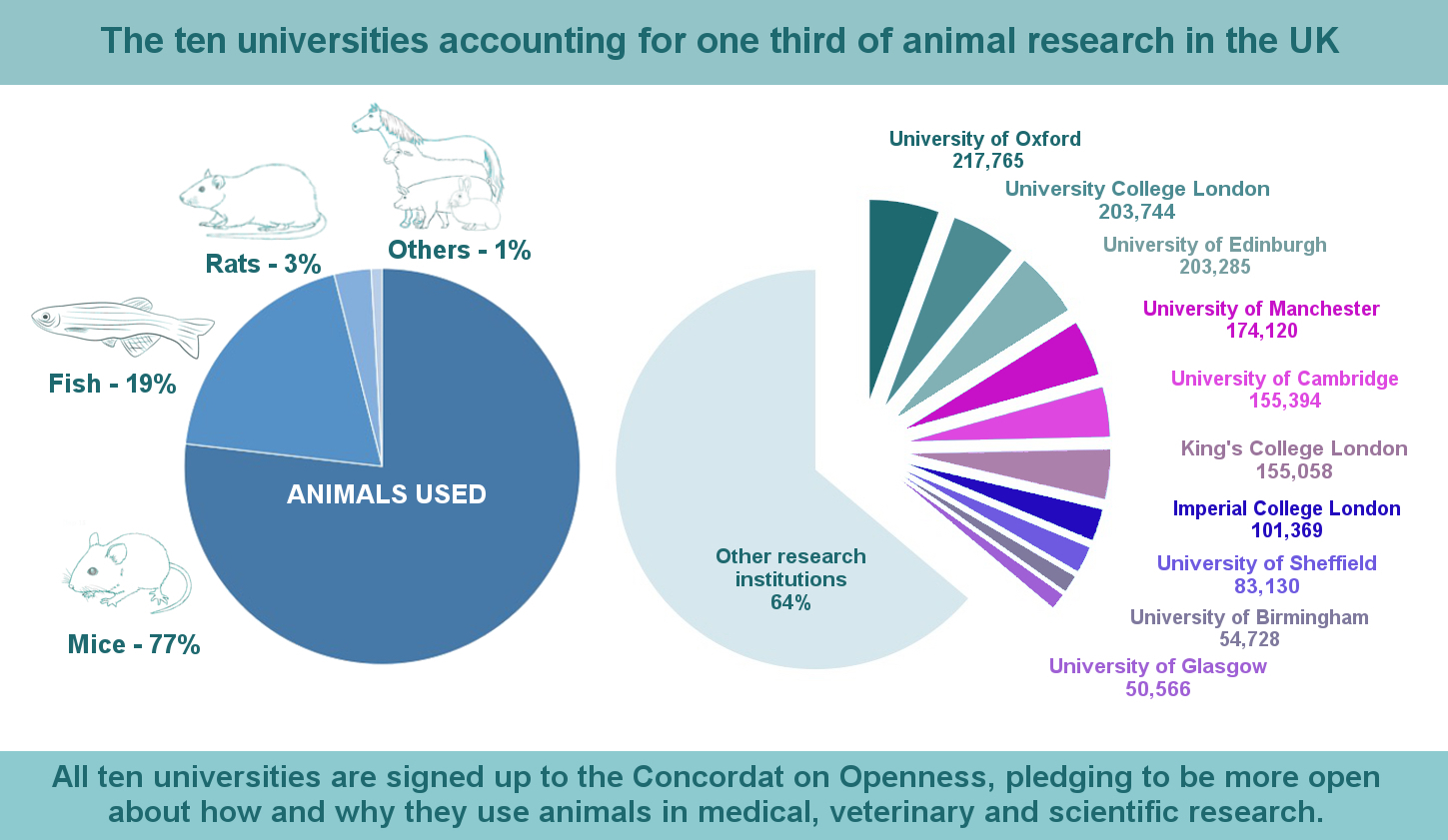