Studies in mice have uncovered the cause of a fatal side-effect of an experimental vaccine for a common childhood disease. The breakthrough solves a mystery that has puzzled experts for over 40 years and could now pave the way for a safe vaccine for a disease that kills nearly 200,000 children every year worldwide.

In the late 1960s, vaccines were tested for Respiratory Syncytial Virus (RSV), a disease of the airways that affects 6 out of ten babies in their first year of life. The vaccines had disastrous effects, leading to a worsening of the disease and, in many cases, death. The unknown cause of this deadly side-effect has hampered vaccine development against RSV ever since.

By studying the effects of the vaccine in mice, researchers at Imperial College London have now been able to understand how it disrupts the immune system, revealing the answer to the 40-year old mystery.

Microscopic inspection of the airways of vaccinated mice infected with RSV gave the scientists their first clue. Infection-fighting white blood cells called T-cells had flocked to the lungs in huge numbers. They blocked the airways and caused severe inflammation – symptoms very similar to those seen when the vaccine was first tested on people. But the scientists then made another intriguing discovery. Special regulatory cells called Tregs, which would usually be abundant at the site of infection, were almost completely absent.

The researchers hypothesised that the Tregs might have a role in controlling the white blood cells. To test this theory they genetically-engineered mice that completely lack Tregs. These mice developed symptoms almost identical to those of the vaccinated mice infected with RSV in the first experiment.

The solution to the side-effect seemed clear: they needed a way to get Tregs back into the airways to control the rampaging T-cells. To do this they turned to chemokines – naturally-occurring chemical signals that are used by the body to draw protective cells to sites of infection. Inhaled chemokines attracted Tregs back into the airways of the mice, stopping the over-accumulation of white blood cells and reducing inflammation.

The research team now aim to use the power of chemokines to develop a safe and effective vaccine for RSV. With 3.4 million hospitalisations and 200,000 deaths of children under the age of five each year caused by the virus, this would be a huge step forward.

But the findings may go much further than the prevention and treatment of RSV infection. The researchers believe they have uncovered a fundamental cause of inflammation. The lack of Tregs could be responsible for inflammation in other parts of the body, not just the lungs. They say that the recruitment of Tregs using chemokines could be key to treating a range of inflammatory conditions,such as arthritis or psoriasis. 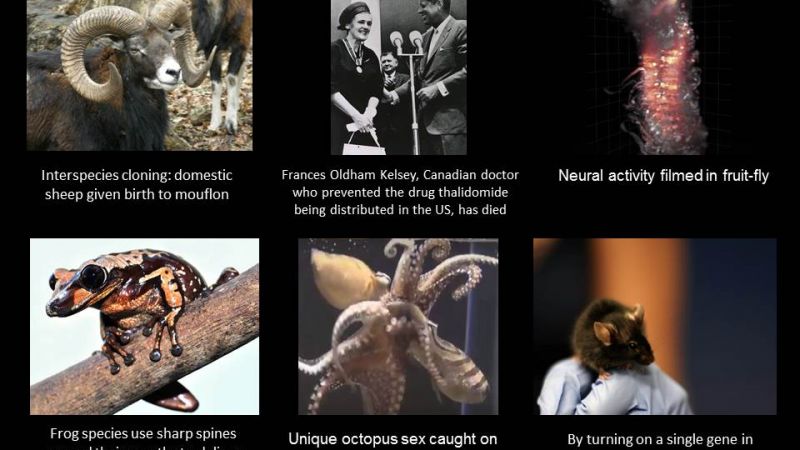 Sheep gives birth to a mouflon